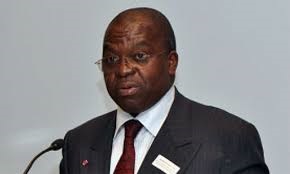 Members of the upper house of parliament have questions government Ministers on the outcome of investments made from treasury bonds during a session at the Senate.

The Minister of Finance, Louis Paul Motaze outlined the different projects financed by the funds during a question and answer session at the Senate.

During the session, Senator Pierre Flambeau Ngayap of the NUDP party requested the Minister of Finance to shed light on what government has done with the first four bonds.

He also asked the Minister to situate Cameroon’s level of debts sustainability.  Louis Paul Motaze who was addressing the senate for the first time in his new capacity as Minister of Finance produced statistics of investments.

He said the funds have permitted government to carry out many development projects nationwide.

The key figures presented to senators include:-

-Seventy One billion used for the development of transportation

– Five billion CFA francs was also invested in the telecommunications –

The Minister noted that the treasury bonds permitted government to provide an additional 300 thousand meter cube of potable water for the populations of Yaoundé and Douala.

The funds were also used by the government to provide more than 200 kilometres of paved roads in the ten regions. The situation of Cameroon’s debts is comparatively good compared to the level in the sub region, according to the Finance boss. The Minister estimates Cameroon’s debt level at only 30%.

The questions and answer session of 28th March 2018 at the senate was an occasion for cabinet Ministers to clarify Senators on what government is doing to meet the specific development needs.