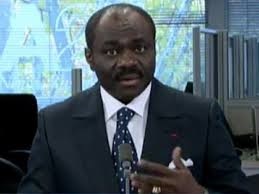 The Senate was interested in knowing what is being done to preserve and secure the country’s archives.

The question was posed by Mutute Daniel Yonga to the Minster of Arts and Culture, Professor Narcisse Mouelle Kombi during a question and answer session at the upper house of parliament.

The senators pinned on the deplorable state of the national archives lodged at the national museum in Yaoundé and also that in Buea.

In response, the Minister of Arts and Culture, Professor Narcisse Mouellé Kombi stated that government is working on an integrated plan for saving archives.

He told senators that the plan consist of rehabilitating buildings, improving security and digitization of all archives.

The Minister however acknowledged the fact that the preservation of the national archives has been affected by structural problems.

He cited amongst others, the lack of personnel. To him the only pressing problem is enough finances to renovate these premises set up in 1930 and 1967 respectively.

The Ministry of Arts and Culture is now focused on an integrated rescue plan.

He said that government has validated the three billion FCA francs project and the funds are already available.

The procedure to have the fund disbursed has begun, he added.