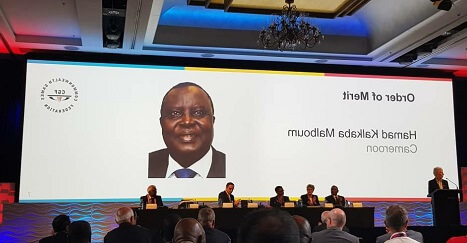 Seventy-one nations are presently in Gold Coast, Australia ahead of the  2018 Commonwealth Games. 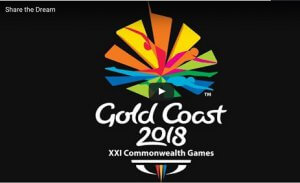 The competition to last for eleven days will have athletes from a number of countries participating in nineteen sports disciplines.

The Commonwealth game is the second largest sports event after the Olympics and the third largest behind the FIFA World Cup.

The little Islands of Bermuda and Brunei will present less than ten athletes each.

The different delegations will uphold the spirit of patriotism and  the prestige of belonging to the Gentleman Club.

The Commonwealth game is also another opportunity to reflect on the values of the club which include;

-Respect of Liberties and the Rule of Law.

It is a privilege moment for team Cameroon represented by sixty-seven athletes to showcase its rich bi-cultural facets.

The Cameroonian athletes leave with the determination to improve on the Manchester 2002 record during which the team finished 7th with ten gold medals.

In the build up to the games, the athletes intensified training and arrived Australia two weeks earlier  to get acquainted with the climate.

As if to boost the moral of the athletes before the games, Cameroon’s Hamad Kalkaba Malboum was honoured with the Medal of Merit by the Commonwealth Games Federation. 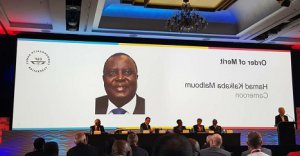 He received the award  for his contributions in the development of sports in Africa and the world.

Before leaving Cameroon, the Minister of Sports and Physical Education, Bidoung Mpkatt exhorted the delegation to speak on behalf of the country during the competition.

He recalled the performance of the celebrated Françoise Mbango as an example to emulate.

The Sports boss hoped the delegation will not repeat the disgraceful outings of some athletes who leave the country for competitions and refuse to return.

The Commonwealth Games was organised for first time in 1930.

The most recent Commonwealth Games were held in Glasgow, Scotland in 2014.