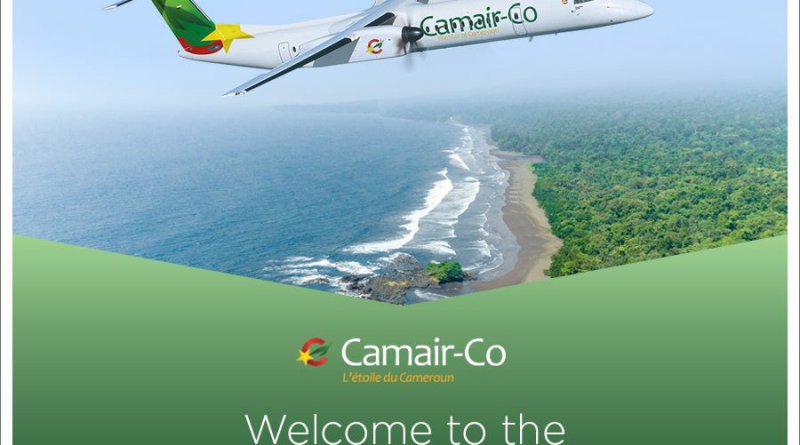 Camairco has a new aircraft.It is the Bombadier Q400 leased from the Abu Dhabi Aviation of the United Arab Emirates. 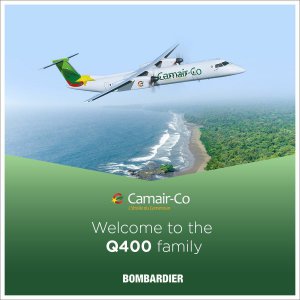 The management organised an inaugural flight on Tuesday 29th May 2019.On board the flight was the Minister of Transport , Jean Ernest Ngalle Bibehe, the Minister of Communication, Issa Tchiroma Bakary, the Camairco management and a host of dignitories.

The Yaounde-Douala round trip enabled the passengers to make a positive appraisal of Camairco’s new acquisition.

Camairco flies out of the turbulent zone

With the restructuring plan on the way, Camair-Co is gradually flying out of the turbulent zone.

The latest 70 seater aircraft reinforces the company’s fleet; a company that has of late, given priority to domestic and sub-regional destinations.

Management talks of an encouraging six billion accumulated turnover for the first trimester of 2018 as opposed to two million during the same period of 2017.

The figures can be translated to explain why the company is gradually regaining credibility and is more present in different destinations.
As one of the fastest aircrafts with a 670km/hour speed, the Bambadier Q 400 is expected to scale domestic destinations to six with Garoua and other regional destinations to seven.