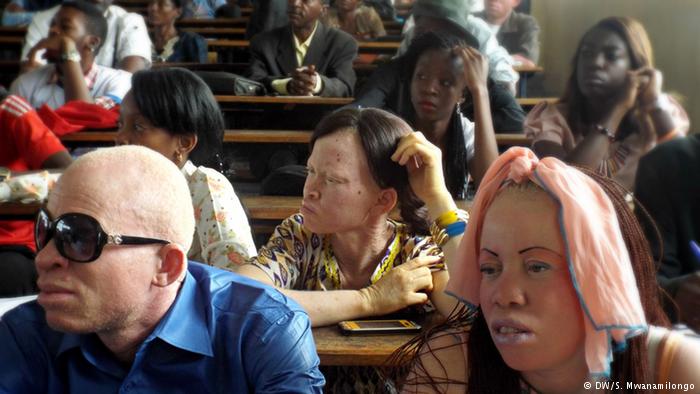 Albinism is the state of being an albino; an albino according to medical experts is anyone who lacks or has reduced pigmentation (colour distribution) of the body including hair, skin/nails and eyes.

In Cameroon like others African countries, albinos are viewed differently depending on the cultural beliefs of the people. They are assigned a number of stereotypes and subjected to prejudices and stigma. 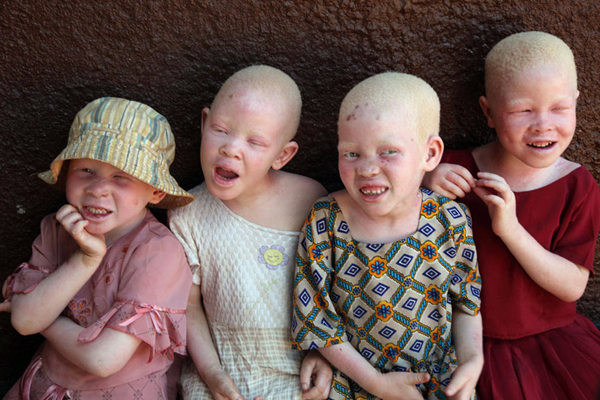 Some traditions in Cameroon consider albinos as people with mystical powers and so witch doctors go for their hair, nails and body parts to produce charms. Reports say this is rampant in the West Region.

In some areas, there is the belief that albinos can either be sacrificed to gods or used as cure for many diseases. In the South West Region for example, unconfirmed reports state that during the Mount Cameroon eruption, albinos were thrown alive on the erupting flames as sacrifice to the “angry” gods of the mountain.

During the period when HIV/AIDS was very devastating, many patients lulled albinos as it was believed that patients get instant treatment after having sex with an albino.

In the northern parts of Cameroon, it is rumoured that children who are born albinos are systematically killed as they are considered a curse to the family. 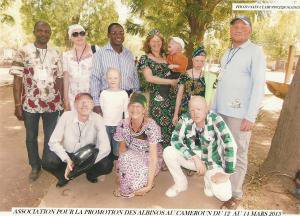 All these beliefs and narrations relating to albinos is one of the reasons why they have been organised in associations to break the stereotypes.

Within these associations, they educate the population on the fact that they are ordinary human beings.

Their meetings also create occasions for them to learn more about skin maintenance and other medical issues typical of them.

These associations constitute pressure groups as they are determined to ask for equal rights (equal assess to education, health care and employment opportunities, etc).

According to a Medical Doctor in Ibal Sub Divisional Hospital in Oku, Dr Lebong Rosette, there are two types of Albinism.

Albinos are faced with low vision and risk of skin cancer as Dr Lebong Rosette explains further, “Low vision occurs especially with bright light as the eyes fails to regulate the amount of light entering the eye. This weighs down on their educational/work performance and subsequent day to day living. Secondly, there is little or no skin pigment (melanin) in them to protect them from sunlight. These sunrays damage the skin, thus the risk of skin cancers.” 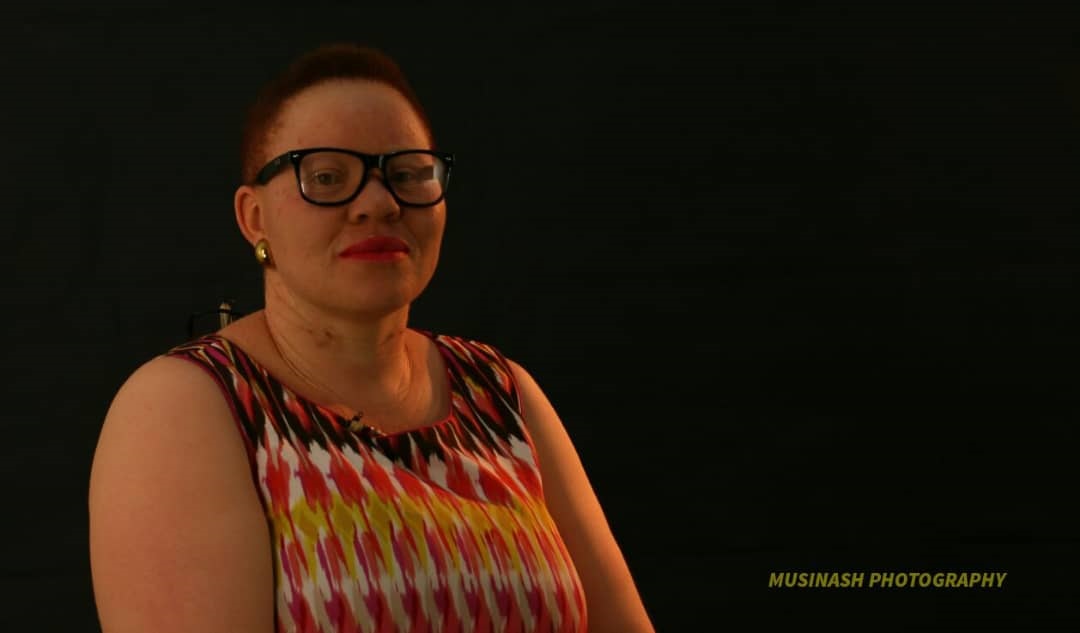 “People make fun of your person. Some think you’re a curse or product of adultery and all sorts of negative things you can think of. Children chant derogatory songs while you walk past the streets and people wouldn’t eat food touched by you…. You have to survive amidst all these,” she explains.

One incidence which particularly hurt Melissa was back in secondary school when her classmate refused to eat just because she was the one who shared the food at the refectory. “This really weighed down on me,” she laments.

“Another incidence was when a boy in my class (form 1) cried all day because he was made to share a desk with me!”

Apart from these, Melissa says she has been severally been turned down by job officers because employers think people like her cannot fully deliver at work.

“Being an albino does not usually affect your lifespan. You can have a normal life and participate in activities as everyone,” Dr Lebong Rosette indicates.

She however recommends that albinos should take care of their skin.

“They should avoid exposure to sunlight by putting on protective wears such as long sleeved clothes and ultraviolet sun glasses. A hat with a peak is very useful as it shades them from both sunrays and eyes from bright light,” the medical doctor explains.

Dr Rosette Lebong further adds that, “They also need to manage low vision by using visual aids from magnifiers to tinted lenses. They are encouraged to visit an eye specialist regularly for evaluation of their eyesight.

Apart from the above-mentioned  precautions, Melissa Longla also uses sunscreen on her body if she must move under the sun.

As for human relations, Dr Rosette Lebong encourages all to “stop discrimination and myths about Albinism.” 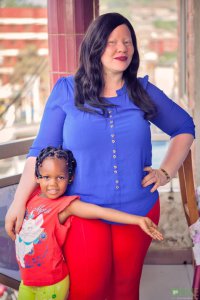 “Initially I ignored whoever tried to play me down but after realising my worth that I was just as human as every other being, I stood up and defended myself whenever and where ever necessary. Recently you’ll hear people say “she’s too confident for an albino”. When you face the bullies boldly, they’ll think twice before bullying another person next time, ” Melissa remarks.

The mother of one and holder of a BSc Double Major in Women and Gender Studies with Sociology and Anthropology advices persons living with albinism to be bold and face the world like any other being.

“Albinism doesn’t affect the brain and so you can be anything you want to be in life if you set your mind to it,” she argues.

The Government of Cameroon through the Ministry of Social Affairs has placed albinos under the group of people with special protection needs.

This classificiation falls under the Decree N°2011/408 of December 9, 2011 on the organisation of the Government where the Ministry of Social Affairs was assigned among others missions to fight against social exclusion.

In this light, the fight against exclusion includes measures taken in order to ensure the socio-economic integration and re-integration of target populations.