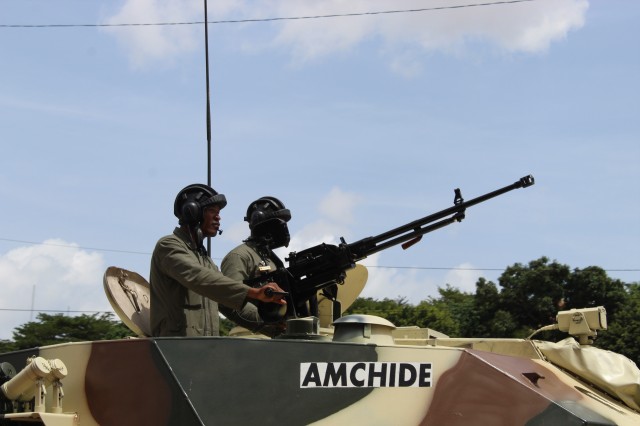 Cameroon’s Defence forces have demonstrated their prowess in front of the Commander in Chief, President Paul Biya during the parade at the May 20th Boulevard. 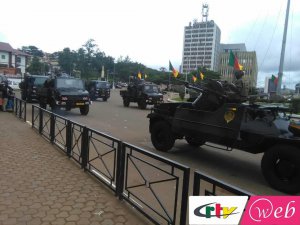 During the National Day military parade that lasted about an hour, foot troops, mounted and motorised units matched with vigour. The parade that began soon after the Presidential motorcade taxied at the ceremonial ground at about 10:00am. 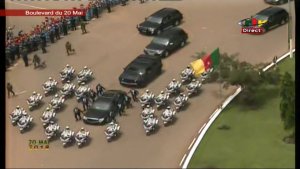 The motorcade was composed of soldiers on horseback, military escort riders of the Presidential Guard and other security vehicles. 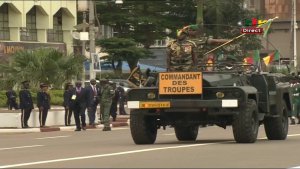 The Minister Delegate at the Presidency in charge of Defence, Joseph Beti Assomo, welcomed President Paul Biya as the motorcade taxied at the Tribune.

The Head of State then proceeded to the National flag for the signing of the National Anthem before a motorised review of the troops. 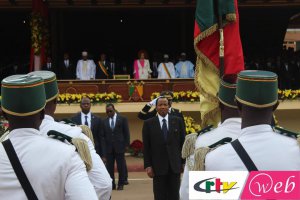 Amongst the different contingents present at the boulevard was a squadron from the Nigeria Army is that in Cameroon on the invitation of the President of the Republic. 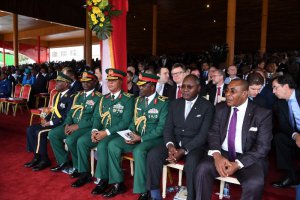 After the review of the troops, President Paul Biya took to the podium and first greeted the Commander of the Nigerian troops before greeting at the state dignitaries at the podium.

The Commander of the Military Parade, Brigadier General Joseph Nouma set the pace for match past on board an armoured truck that drove by the national flag at its guard.

Cameroon’s Defence forces gave the kicker to festivities with a unity song staged by the music company. The song highlighted the need for Cameroonians from all ten regions to work towards consolidating Cameroon’s unity in diversity.

The stamina and vigour of their matching steps demonstrates the army’s readiness to protect national sovereignty and integrity at all time and in all circumstances. 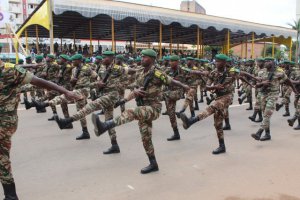 The visiting contingent from the Nigerian Armed Forces also staged a choreographic display that thrilled the guest of the Head of State and Cameroonians who tuned out in large numbers to celebrate the feat of national unity. 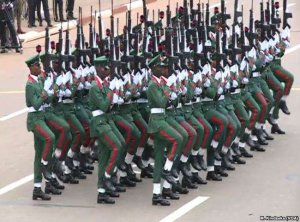 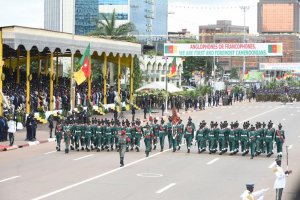 A detachment from the Multinational Joint Task Force that is fighting the boko haram terrorist group in the Lake Chad basin area also took part in the military parade.

Cameroon is a major contributor of troops to the Multinational Joint Task Force that recently carried out a joint operation to dislodge that last major group of boko haram fighters from Sambissa forest. 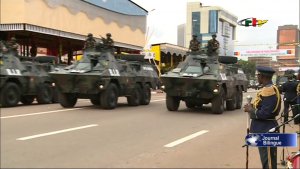 Cameroonian’s military artillery was also on display during the motorised parade. The presidential Guard, the National Gendarmerie, the Infantry and all its companies, the Air Force and the Navy also displayed they start of the arts arsenal that sends a dissuasive signal to any potential aggressor.

The Military Engineering Corps and the National Fire Fighting Brigade also parade their hardware which are increasingly used in civilo-military operations like the construction of infrastructure in risk zones and rescue missions involving civilians. 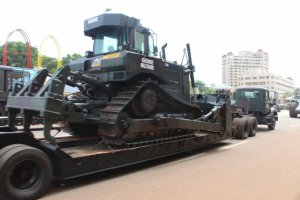 While the foot, mounted and motorised troops matched past the tribune, military aircrafts manoeuvred in the skies above to studio to the admiration of the public.

Ex-servicemen also took part in the 20th May match past.

President Paul Biya Commander in Chief of the Defence Forces congratulated the commander of the troops at the end of the Military parade.