Patrick Kum Bong Akwa, 59, is the  Chairperson of the Board of Directors of the Cameroon Water Utilities Corporation, CAMWATER. 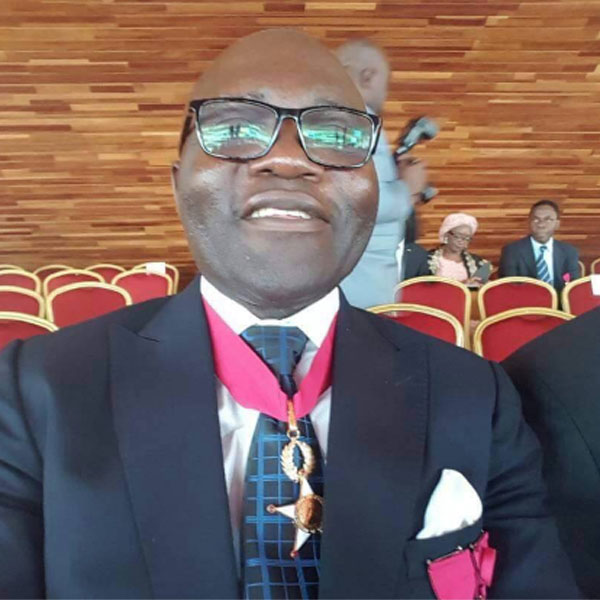 The super-skilled agricultural engineer took up function on Tuesday 14th August 2018 during the extra-ordinary meeting of the Board of Directors of Camwater.

He obtained his GCE O-Level from Sacred Heart College Mankon in 1980. Two years later, he moved to CCAST Bambili where he got the GCE A-Level.

In 1985, Patrick Kum Bong Akwa enrolled at the Regional College of Agriculture in Bambili where he graduated in as a holder of the Higher National Diploma in General Agriculture.

The need to further studies in Agriculture took him to the University of Reading in the United Kingdom in 1989 where he obtained a Master of Science Degree in Agricultural Education.

Upon his return to Cameroon, Patrick Kum Bong Akwa served  in a number of positions before becoming the Divisional Delegate of Agriculture for Menchum. He was later the Provincial Supervisor of the National Agriculture and Research Programme.

The expert and consultant in agricultural engineering was later appointed to the prestigious post of a Secretary General in the Ministry of Environment, Protection of Nature and Sustainable Development. A position he occupied for 12 years (2005-2017).

The elite from Menchum is credited to a number of publictaions and reports.

Patrick Kum Bong Akwa who is also refered to as Pa Tung also carries the title of Ambassador of traditional rulers of Menchum in Yaounde. He is the first son of Menchum division to be appointed to this high position since 1972.

He served as Chargé de mission of the bureau of the central committee of the CPDM amongst other activities within the party.

Patrick Kum Bong Patrick, christian of the roman catholic, is married and a father of four.

March 2007- Knight of the National Order of Valour

May 2011 – Officer of National Order of Valour

May 2015 –  Commander of the National Order  of Valour