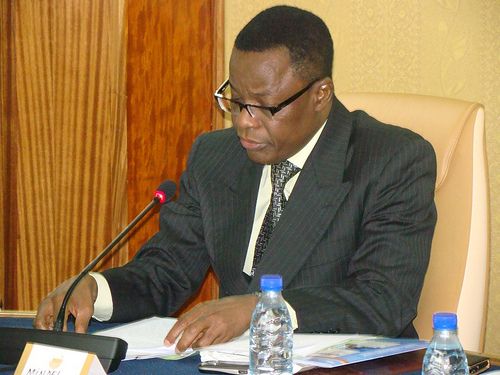 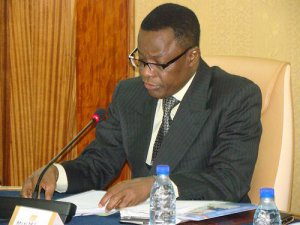 He is a member of the Cameroon-Nigeria-United Nations joint commission in the resolution of the conflict between Cameroon and Nigeria on the peninsula of Bakassi. He was appointment as Minister Delegate to the Deputy Prime Minister, Minister of Justice and keeper of the seals of Cameroon in December 2004.

He resigned from Government in November 2011 and on 13 August 2012 and launched with other political figures the Cameroon Renaissance Movement (MRC) political party in Yaoundé. His conviction is “a change of regime without violence”.

Maurice Kamto was invested for the 2018 Presidential election by the Cameroon Renaissance Movement, MRC. The party was created on the 13th August 2012.

The National President of the Cameroon Renaissance Movement, MRC has elaborated a political programme anchored on five workshops with each have various facets.

The fist Workshop is in the political and institutional domains. Maurice Kamto says his priority is the settlement of the Anglophone crisis.  He also plans to discuss on the form of the state. However, he proposes regions with a special status for the North West and South West that takes their historical heritage into consideration. He also gives importance to the fight against corruption and the reduction of the mandate of the President of the Republic to two terms. He also hopes to introduce two round elections.

The second focuses on Youth and Education. Maurice Kamto plans to overhaul the educational system in Cameroon if elected.  He explains that he will ensure that every youth is trained for at least three months in a specific trade as a step in modernising the economy.

Economy and Production is the theme of the third workshop. He intends to make the economy to be vibrant by producing more.  His target is to reach two digits growth rate before that end of his mandate if elected.

The fourth workshop covers social aspects. The Presidential candidate gives priority to health care. He says if elected as the third President of the Republic of Cameroon, by 2019 child birth through caesarean will be free of charge for every woman. He adds after three years, health care for common pathologies like malaria or Cholera will be free of charge nationwide for all Cameroonians. He also plans to make Cameroon a tourist destination to discover the country’s diverse culture.

Sports constitute the core of the fifth workshop. The MRC presidential candidate says sports infrastructure will be constructed in all ten regions beginning from municipal level to ensure that sports practices begins from the base.

The members of the coalition include,

Supporters of some political parties that pledged their support

The civil society groups that are supporting the MRC leader include, Dockers and Patriotic workers of the Douala port