The results of the 7th October Presidential election have reshaped Cameroon’s political landscape. The lead opposition party, the Social Democratic Front that has always occupied the second position in all elections since 1992 has dropped to the 4th position.

The SDF obtained less the four percent of all votes casts in the 7th October Presidential election despite the fact that SDF invest Osih Joshua as the party’s front runner for the race. 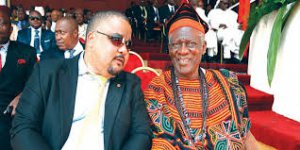 Barrister Sama Francis, SDF lead council attributed the dismal performance of the SDF to the socio-political crisis in the North West and South West regions, which are considered strongholds of the party. SDF councillor from Bamenda, Ezekiel Nji Chi, in the same line of thought said, “The English speaking regions form the base of the Social Democratic Front.

The absence of security created fear in the minds of politicians and voters making it difficult for us to carry out campaigns and effectively vote.” Its the first time since the creation of the party that it is operating less than seven percent in any election.

However, the councillor said the SDF is already preparing for legislative and municipal elections. He indicated that the National Executive Committee had decided that the SDF will take part in all elections. On the other hand, the new runner up, the Cameroon Renaissance Movement succeeds in winning the hearts of opposition supporters in the Littoral region and other parts of the country.

The CRM was engaged in a campaign to mobilise its supporters to register and vote. Opposition supporters who wanted something new turned to the MRC that was promising peaceful change through the ballot box. 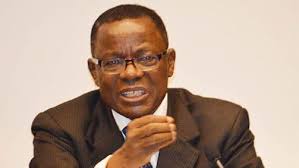 The profile of the MRC Presidential candidate, Maurice Kamto and his role in the resolution of the Bakassi crisis also militated in his favour. Medard Bapoo Lipot, MRC communication officer said the party has been very active mobilising support from grassroots supporters since 2012 when the party was created.