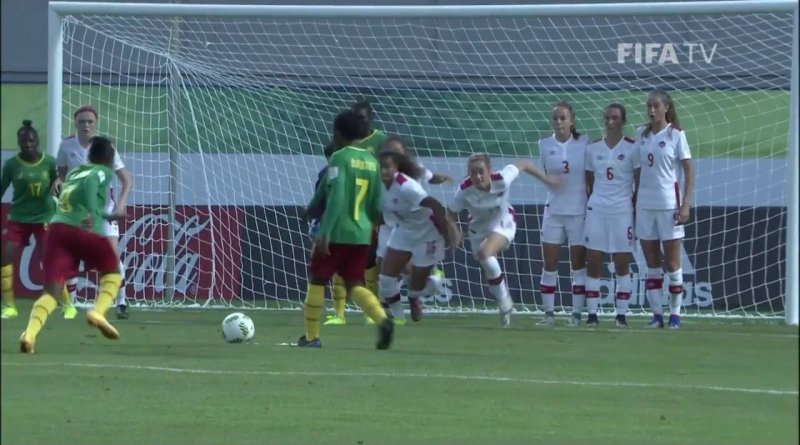 The cadet lionesses have received a 3-0 spanking from thr United States of America in their opening game at the ongoing 2018 Women’s U-17 FIFA World Cup in Uruguay. 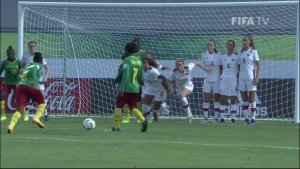 USA opened scores at midway time of the first half of play.

Midfielder Mia Fishel finished her own rebound after breaking in to Onomo’s net making the score 1-0 in favour of the USA.

The baby lionesses’ came closer to raising the curtains at the 33rd minute but America’s defence line was inaccessible to the Cameroonian girls.

Few minutes to the end of the first half of play time, Cameroonian goalkeeper , Onomo was sent out of the pitch for a prefessional faul.

USA proved to be on the advantage and was rewarded a penalty shoot.

Sunshine Fontes converted the opportunity into a goal putting her side in control of the contest.

Despite numerous efforts from the Lionesses’ camp to obtain atleast a goal, Fontes and her defenders stopped every move from Cameroonian striker Olga Ngo Esse and  the others.

At the 81st minute of play Sunshine Fontes came up strongly on target and scored her second goal to make it 3-0 for USA.

Cameroon was reduced to nine players before the end of the first Group C match.

It was a very disspopointing outing for Coach Stephan Ndzana whose gestures tell of a missed opportunity.

A win for Cameroon during this match will give hope to the team and a possibility for the Lionesses to cross the group stage if the other group members are defeated.

In case the young girls are defeated in their second outing, the last group game will be fielded just for formalities.

Results of other day-1 games

-Colombia lost by no goal to three to Canada.