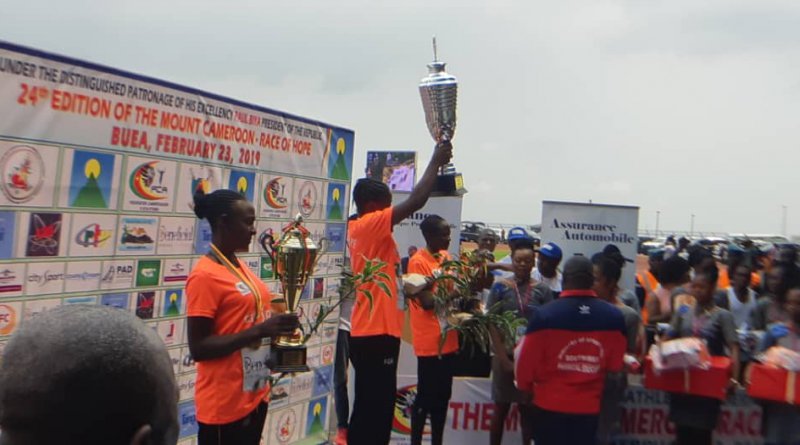 Thirty-six year old Mbacha Eric from the North West region is winner of the 2019 Mount Cameroon Race of Hope.

He covered the 41km distance in 4hours 40minutes and 9seconds.

Mbacha Eric who was runner up in the 2018 edition stated that he had ten weeks of intense preparation to come to the first position.

The athlete with no past record in the history of the competition is the 2019 surprise.

The North Westerner from the Ndonga Mantung Division covered the race in 4hours 46minutes and 09seconds.

Godlove Gabsibuin, a former champion, did not sound optimistic at the start of the race.

He declared he was not sure to feature among the winners giving that he did not train enough.

All three winners in the senior female category are contesters from the North West region.

Tata Carine first of the three declared that she took off time to train enough.

She gets the first prize for a second consecutive time.

Ngalim Lisette runner up for the 2018 Race of Hope followed Tata Carine to maintain the position.

Ngwawa Yvonne one time champion of the race came in third position in the category.

Apart from the cash prizes, other sponsors handed prizes to the winners.

The exercise which took place at the end of the competition was chaired by the Minister of Sports and Physical Education Narcisse Mouelle Kombi.