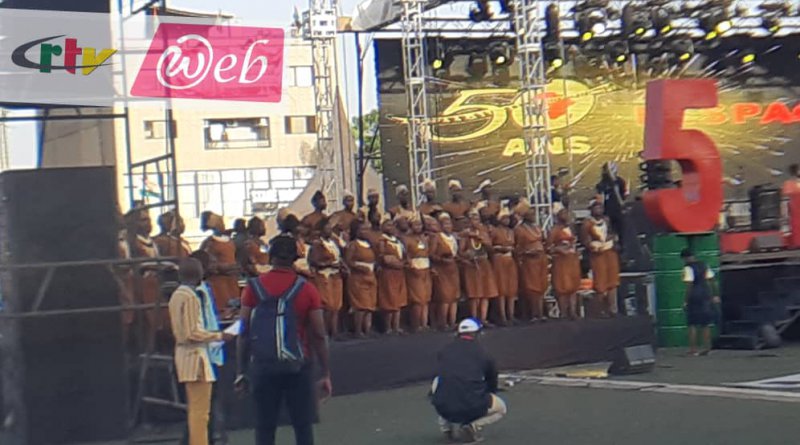 Cameroon’ s cinema has been recognised at the Pan African Film Festival FESPACO that is on-going in Ouagadougou, Burkina Faso. Prominent Cameroonian in cinematography,  Jean Pierre Dinkongue PIPA was honoured with a bronze monument built in his honour in the capital of African cinema Ouagadougou.

He was recognized as one of the pioneers in Africa to venture into film making. The 79 year-old son of Douala – Cameroon, produced his first film,  Muna Moto in 1975.  This film has been re-edited and was projected on the night of the launch of the film festival. Fourty four Years down the lane, he has produced many other films.

Popular among his productions are: ‘Le Prix de Liberte’ -premiere in 1978, ‘ Histoire droles, droles de gens’ released in 1983 and  ‘Badiaga’ in 1987.
He started in theatre performance  before proceeding to a school for cinematography between 1962 and 1964.
The Pan African Film Festival has over the years distinct those they consider to be the fathers of African cinema.
During 2019 edition which marks the  50th anniversary of FESPACO,  ‘Muna Sawa’ meaning a son from Sawa land was brought to the limelight.
The Mayor of Ouagadougou, Armand Beouinde, in the presence of the Government delegate of the Douala city council, Dr Fritz Ntone Ntone and the mayor for Douala I,  from Cameroon were present among other dignitaries to unveil the monument situated just near the town hall.

They also unveiled a bigger monument dedicated to all great actors of the African film industry who have died.
Exceptionally, Dinkongue PIPA has been honoured while he is still alive.
The bronze monument, designed by a Burkinabe artist, Ki Siriki took one year to build.
Princilia Lum