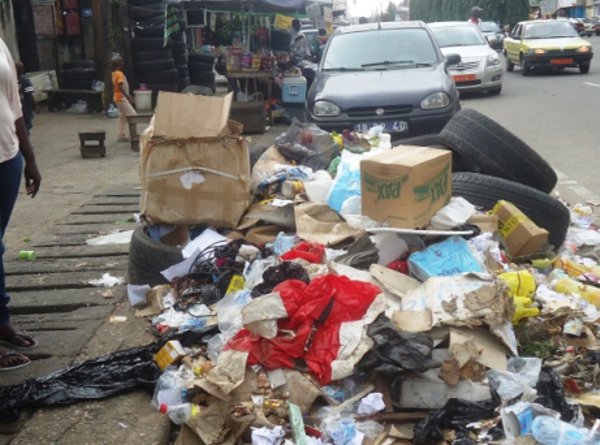 When health experts and environmentalists embark on various campaigns against street littering, they measure the dangers and consequences of littering.

In schools, Churches and other organised groups, Cameroonians are cautioned to uphold discipline for individual and collective good.

Experts say littering is not only a health hazard but also hazardous to the environment.

Discarding specific substances can attract vermin and transmit bacteria which is dangerous if in contact with humans.

In other cases, broken bottles and rusted iron and syringes are very dangerous objects that are vectors of diseases or can transmit tetanus.

An Environmentalist, Prudencia Mangwi Injoh Akum states, “You could pierce your foot on a nail or get an injury from a sharp object carelessly dumbed on the street.”

Even slipping off a banana peeling dumped on the sidewalks for instance, is not funny!

Prudencia adds that when litter accumulates, it contributes to the growth of disease-causing vectors like mosquitoes which spread malaria.

It should also be recalled that flies, vectors of numerous diseases, breed where there is filth.

The role of regular street cleaning and collection of waste especially in crowded areas cannot be overemphasised.

The Environmentalist, Prudencia Mangwi adds that air pollution coming mostly from degrading waste and / or land / soil pollution from hazardous waste could cause various diseases.

Accumulated litter could also become highly inflammable in the case of a fire.

Apart from all the above environmental and health hazards, Prudencia says street littering destroys the beauty of the streets.