The first plenary session of parliament for the 2019 legislative year opens this Tuesday, 12th March 2019.

The session begins at the National Assembly and subsequently at the Senate. 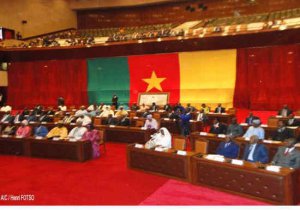 The present session will be marked by the election of a new executive bureau for the National Assembly and the Senate.

In both chambers, the eldest member will preside over proceedings till a new executive is elected.

All men and women of the legislative arm of government are already in Yaounde ahead of the opening plenary to be attended by the Prime Minister – Head of Government, cabinet Ministers and members of the Diplomatic Corps.

Besides election of the executive bureau, the session is also expected to examine bills proposed by government and possibly private members bills.

The March session is the first gathering of parliament after eight bills were defended and promulgated into law at the close of the previous session that ended in December 2018.

The meeting holds at time when the country braces up for three elections; Regional, Legislative and Municipal.

It also holds at a time when five of Cameroon’s ten regions experience varying degrees of insecurity ;
Far North – Boko Haram though weakened but still carrying out sporadic attacks

With the growing demand for a peaceful solution to the crisis in the two English speaking regions, parliamentarians are under pressure to have the two houses address the issue.

Others expect MPs to push government to accelerate work on sports infrastructure in order to ensure that AFCON 2021 suffers no quark.

Most youth on their part press on parliament to vote laws to improve the business climate and favour job creation.