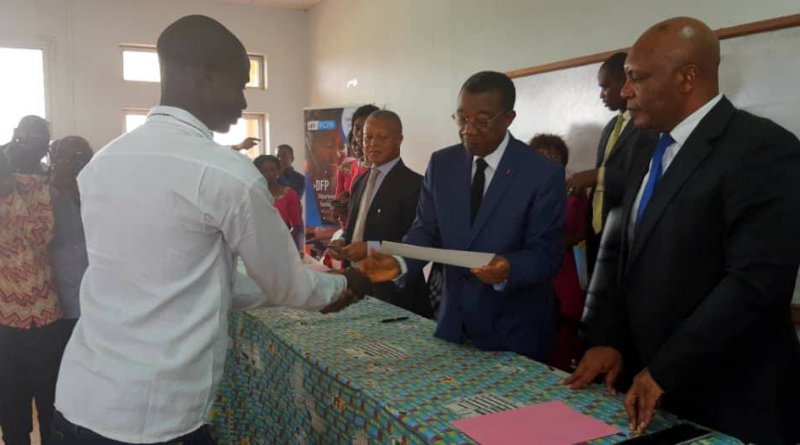 Over forty one community radio continuity announcers and technicians sponsored by UNESCO have received end of course attestations this Monday 25th March 2019.

The end of course attestation award ceremony was presided over by the Director General of the CRTV Charles Ndongo in the presence of UNESCO officials.

The forty one trained in the CRTV Training Centre for the Conservation of Audiovisual Heritage expressed gratitude to the CRTV management for support and to UNESCO for sponsorship.

The UNESCO representative at the ceremony thanked the CRTV for the brilliant training offered at the institution.

He said the ultimate goal is to empower community radio stations in their role of informing and educating the public.

The Director of the CRTV General Charles Ndongo enjoined the communicators to uphold the ethics of journalism.

Mr Ndongo challenged all to be exemplary community radio announcers and technicians to be the driving force of development in their communities.

In the past three years, UNESCO has embarked on a project to train continuity announcers and technicians in community radio stations.

The institution plans to set up fifteen new community radio stations and renovate twenty others in Cameroon.

Apart from training and renovations of the stations, UNESCO has offered a state-of-the-art equipment to the stations concerned.