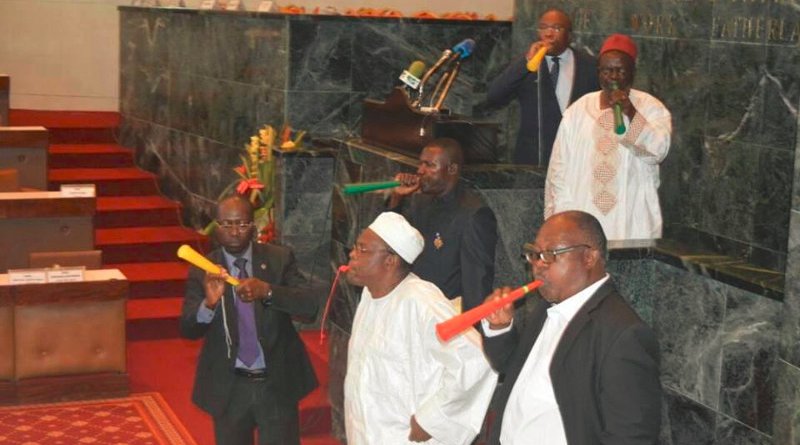 SDF Parliamentary group leaders have made a number of recommendations to end the socio-political crisis in the two English speaking regions of Cameroon.

The party’s parliamentary group organized a press conference in Yaounde on 9th July, at the end of the June parliamentary session and identified a series of measures to end the violence .

The group called for a ceasefire exhorting belligerents to embrace, tolerance, and reconciliation.

The SDF seven point recommendation, according to the party, will put a definite end to the socio-political crisis .

# The setting up of an SDF peace, truth and reconciliation commission

# The specification of a deadline for the implementation of the peace resolutions.

During the press conference, party officials called on journalists to educate the population on their role in the peace process.

Discussing the recent SDF party walkout staged during discussions on the human rights reforms, the parliament the SDF Parliamentary group leaders said the party was protesting the change of name from the Human rights Commission to “Cameroon National Human Rights Commission”.

They argued that the change of name was accompanied by no indication the deteriorating human right situation in the country will be improved.