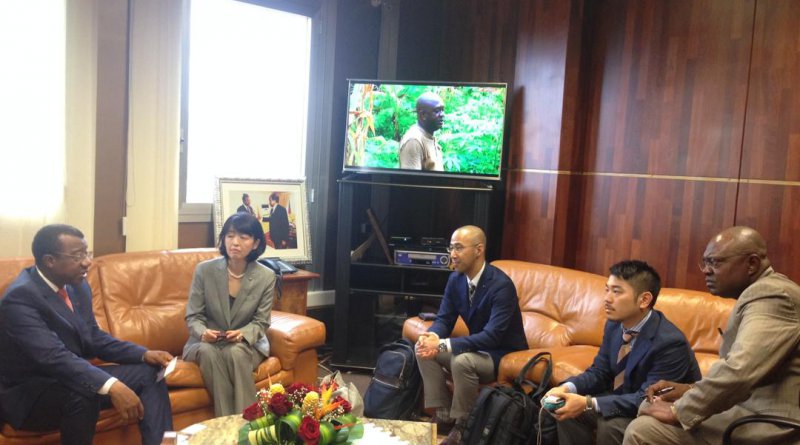 The General Manager of CRTV, Charles Ndongo has received in audience a delegation of Japanese telecommunications experts on a three-week working visit to Cameroon.

The audience is part of ongoing discussions on a project to rehabilitate the corporation’s studios and other technical facilities , spearheaded by the
Japanese International Cooperation Agency-JICA.

Today’s meeting was an opportunity for Mme Masuda, Resident Representative of JICA and
Charles Ndongo, Crtv’s Director General to renew their commitment to be partners in issues of national development.

Discussions held this 9th July 2019 are expected to culminate in the signing of a partnership agreement on 19th July, pending the approval of the Japanese government.

The Japanese experts began feasibility studies on the close to CFA one billion project on 1st of July 2019.

At the end of negotiations CRTV will benefit from upgraded technical facilities by October 2021.

The project will be the third grant from the Japanese government.