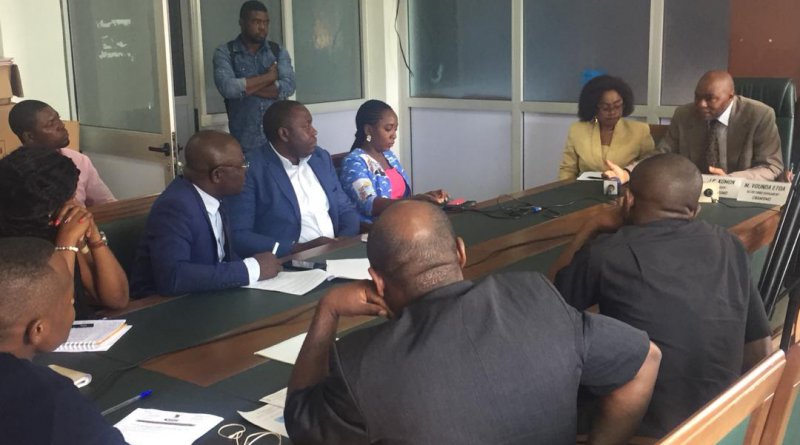 Officials of the national council for the approval of textbooks and didactic materials have organized a press briefing to enlighten parents on some changes on the official book lists for the 2019/2020 academic year.

The press briefing which took  place this Wednesday 17th July 2019 in Yaounde, follows the recent publication of official book lists for the upcoming school year.

During the event, officials disclosed that the prizes of textbooks for the Basic and Secondary education classes remain unchanged.

The major changes on book lists concerns the 2nde class. Out of 21 textbooks, 5 textbooks have been changed meanwhile two new disciplines; philosophy and cinema have been introduced in the curriculum.

The new text books are;
# Philosophy
# Mathematics for A, SES, and C series
#Computer sciences for A,SES, and C Series
# Physics and Chemistry for 4C
# Spanish

In the second cycle, the textbook for German which officials describe as below standard has also been changed.

Three other areas of concern are ; the industrial, commercial and technical educational sectors whose textbooks are said to be outdated . More so, the authors of these books are not in touch with Cameroonian realities.

In response , the Minister of Secondary Education has given instructions to officials of these sectors to write new books which reflect the Cameroonian culture and values .

According to the officials , some schools have ignored provisions of the Prime Minister’s Decree of 23rd August 2017 which instituted the one- textbook policy.

Some school administrators are reported to have increased the number of books on the lists as well as their prices.

To keep this in check, officials announced that parents will soon be required to consult the book lists at Divisional and regional Delegations of Education to identify any irregularities on lists provided in schools.

As for the availability of textbooks, the officials assure parents that books will be available in shops next academic year. The team has been to some bookshops in Yaounde to ensure that  books are available in huge quantities. They will carry out the same exercise in Bafoussam and Douala in the days ahead.