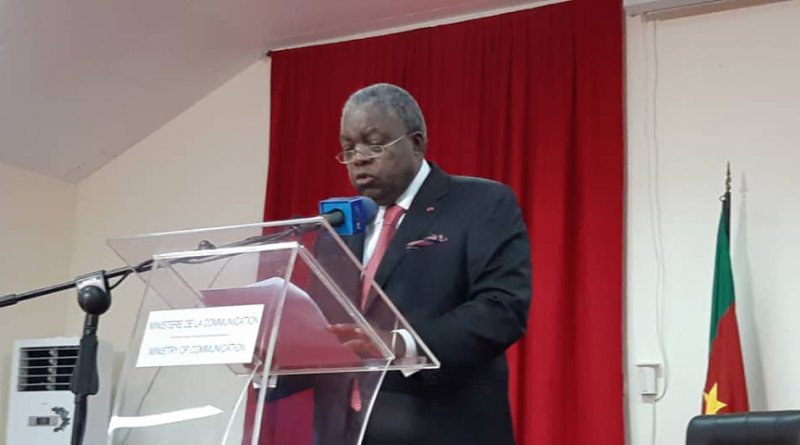 In a press briefing on Sunday 22nd September 2019, Minister René Emmanuel Sadi strongly condemned the dissemination of such false information.

He stated that some foreign media channels including “Mediapart” have posted coarsely edited videos with concocted narratives on their online platforms to tarnish the image of the Cameroonian army.

One of the reports was titled,

“In Cameroon, the Dirty Work of a special unit equipped by France, the Rapid Intervention Battalion, an elite unit of 5,000 soldiers, is suspected of worse abuses in secret chambers of torture.”

As an elite unite, the Communication Minister said these allegations on the BIR is intended to discredit and manipulate national and international opinion and stir resentment and tensions at a time when the country is engaged in the path of peace.

“There is also the need to question the connection of this pernicious media campaign with the announcement of the Major National Dialogue, by the Head of State of Cameroon as well as the enthusiasm and all the hopes aroused by the far reaching event for the fate and future of the Cameroonian nation.”

Mr Sadi recalled the important contribution made by the Rapid Intervention Battalion B.I.R in restoring peace and security in Cameroon.

The most recent include the fight against Boko-Haram in the Far North and the protection of peoples and property in the North West and South West regions as glaring examples.

Apart from its peace and security missions, the BIR has also been involved in the areas of;

Health, education and development activities in most of the troubled regions.

# The construction of buildings

# The distribution of food aid

# Animation and management of cultural activities in some of the affected areas.

Minister René Emmanuel Sadi stated that the B.I.R is committed to carrying out its missions with exigency and professionalism.

Before ending the press briefing, the Minister of Communication expressed gratitude to Cameroon’s friends and other development partners for the multifaceted support to the country.