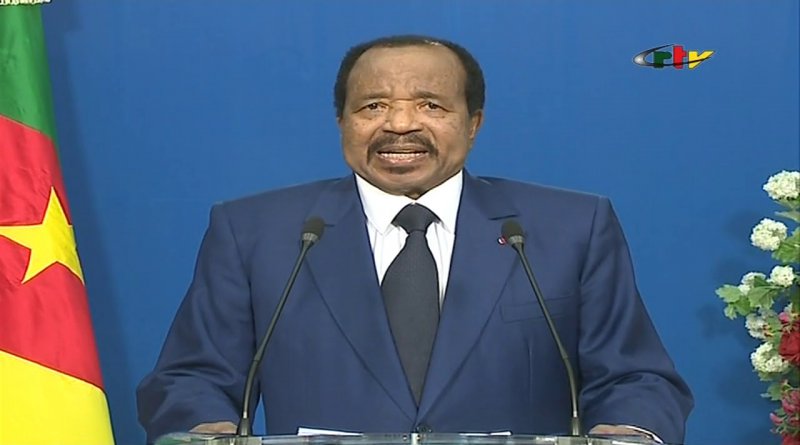 “I have decided to convene a major national dialogue to enable us address the aspirations of the people of the North West and South West regions. The national dialogue to be convened by the end of the month will focus on issues of national interest notably, unity, national integration, and living together.” President Paul Biya announced during an address to the nation this Tuesday, 10th September 2019.

The President of the Republic announced that other issues what will also feature in the national dialogue to end the crisis in the North West and South West regions will include;

He announced that the dialogue to be chaired by the Prime Minister – Head of Government. Other members who shall be part of the dialogue include Parliamentarians, political leaders, intellectuals, economic operators and members of the Diaspora, representatives of the Defence and security forces, armed groups and victims.

The Prime Minister will in the days ahead engage in a board base consultation with different stakeholders.

The all inclusive dialogue shall also feature the reconstruction and development of conflict affected areas and displaced persons, the education and judicial system decentralisation and local development, demobilisation and integration of ex-combatants and the role of the Diaspora in the country’s development.

The President of the Republic appealed for patriotism and a sense of responsibility of all including those of the Diaspora to steer the country on the path of peace.

With regards to secessionist propaganda that the present pending court proceedings in relation to the crisis as an obstacle to peace, the president of the Republic said, “I must stress that the rule of law and the fight against impunity are important factors needed to uphold a state of law. In the context of dialogue and national reconciliation, the President can pardon under certain conditions”

The president also reassured ex-fighters, “I wish to solemnly reiterate that those who voluntarily lay down their arms and go to the NDDRC will be pardoned. Those who persist in criminal acts, violating the laws of the Republic will face the law”

The entire national community remains hopeful that the announced dialogue will close a painful chapter for the populations of the North West and South West regions.