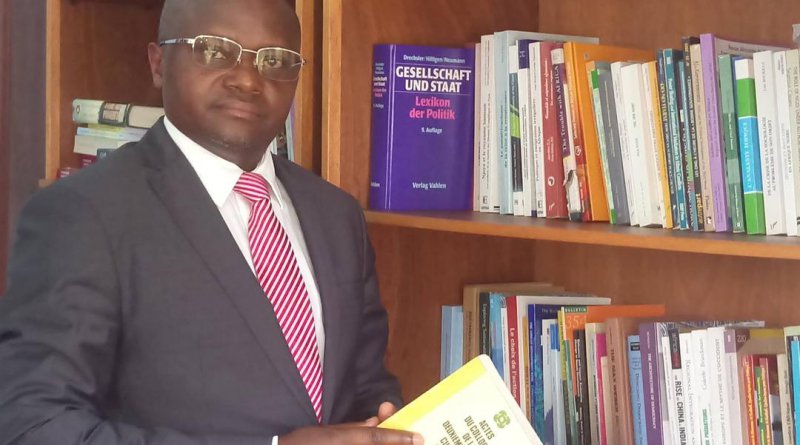 Cameroonians are getting set for the first-ever Major National Dialogue to be organised from 30th September through 4th October.

The endeavour will be organised at the behest of President Paul Biya as a means to restore peace in the North West and South West regions.

As preparations for the event heat up, an expert in Peace, Dialogue and Development ,
Professor Dr. Célestin Tagou , also Deputy Vice Chancellor in charge of Cooperation and Research of the Protestant University of Central Africa examines the genesis of the unrest.

1) What exactly is a situation of crisis/conflict?

The term crisis is a polysemic concept used in a wide array of fields to describe situations of intense hardship. A crisis is an event or a protracted series of events that bring about periods of instability. Generally, the word crisis is coupled with another term to infuse it with more sense. That is why we speak of a political crisis, medical crisis and a host of other domains of specific crises.

In the academic discipline of Peace Studies, it is convenient to use the concept of conflict rather than that of crisis. The later does not have a systematic definition. A conflict in this sense, refers to any dilemma with oneself or a disagreement which opposes two or more parties.

According to Johan Galtung, conflicts are inherent to any living thing and could be classified as follows: #micro-conflict,
#meso-conflict
#macro- conflict #mega-conflict.
If not prevented early enough, a conflict could then escalate into violence and war.

2) How can one categorize the ongoing crisis in the two English speaking regions?

The crisis in the North-West and South-West regions is a complex and multifaceted violent political and pseudo-cultural crisis. It stems from structurally and deeply rooted disagreements about the management of diversity and redistribution of resources in the country. It was equally catalyzed by the mishandling of more recent social discontent.

3) How does a conflict becomes “complex, multifaceted, violent and pseudo-cultural crisis” ?

Political crises have a variety of manifestations from civil disobedience and the refusal to abide by the law, to more openly contestation culminating in the use of violence.

4) What do you consider the actual causes of this crisis ?

When identifying the causes of the present crisis, it is important to dwell on, not only the colonial-cultural heritages, but equally the linguistic and symbolic causes:
• The linguistic cause of the crisis is quite obvious; the administration of Cameroon has, in the eyes of those demanding change, consistently privileged the use of one of the official languages over the other. And they have done this in violation of the constitution that regards both languages as equal.

• The symbolic causes are related to the official recognition of the historical existence of the southern Cameroons. The name of the country “Republique du Cameroon” is the name one of the two sides had before unification.

This is seen as a negation of the past and the specificity of the former southern Cameroons.

• Colonial cultural heritages: The cultural causes of the conflict are more diffuse and complex than the other two causes. The North West and South West regions do not merely claim a linguistic but a cultural difference with the rest of the country. Indeed English colonial rule, imparted this part of the territory with judiciary and educational systems that were not sufficiently respected as per the Foumban conference. All is about the sociopolitical and economic impacts of the British Indirect Rule versus the French Direct Rule inherited by the two parts of Kamerun within the 42 Years (June 28th, 1919 to October,1 st 1961) of separation after Germany was defeated in the WW 1. But as Africans, we must acknowledge the fact that it is a big shame to be deeply divided by a sort of retro-celebration of colonialism. We could never be French than Molière or British than Shakespeare.

5) What are the consequences of such a crisis?

The consequences of this crisis are what we can observe today, first of all the material losses: A stagnating economy, destruction of homes, businesses, schools and hospitals. But more importantly the immaterial loses more than 2000 deaths and more than 500, 000 IDPs (Internally Displaced Persons). Furthermore the long-lasting socio-psychological trauma will impact the country for decencies.

There are a variety of conflict management options. The options depend on the configuration of the parties in crisis; It could be accompanied by facilitating actors and good offices