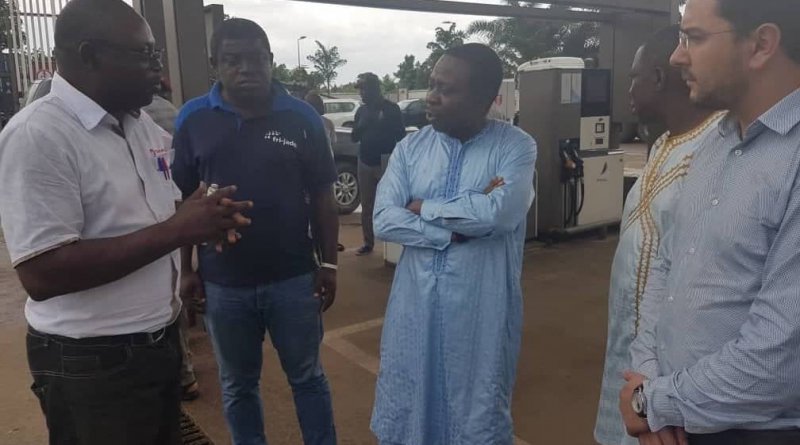 The Minister of Water Resources and Energy, Gaston Eloundou Essomba has ordered investigations on suspicion that contaminated fuel is served to the public.

The investigation was ordered following an incident on 7th August 2019 when adulterated fuel was uncovered in a filling station in Douala.

Coincidently, Water Resources and Energy Minister was a victim of the illicit transaction.

He was served fuel mixed with water at the Dibamba area on his way back to Yaounde at  the end of a working visit.

Management of the filling station claimed the fuel was supplied by the Cameroon National Petroleum Depot SCDP.

Officials of the SCDP refute the allegations indicating their products are subjected to systematic checks before distributed to filling stations.

The General Manager of the Cameroon National Petroleum Depot, Veronique Moampea Mbio assures the public that trucks admitted to transport fuel are thoroughly scanned for foreign material that can contaminate the product. The SCDP on fuel quality assurance

Apart from the National Oil Refinery SONARA, the National Petroleum Depot SCDP is the only company that maintains storage facility of petroleum products in the country.

The company has a storage capacity of two hundred and forty one thousand cubic metres.

The SCDP General Manager Madame Mbio says the quality assurance and quality control service of the company have laboratories where fuel is tested.

The service works in collaboration with SONARA to ensure maximum protection against various forms of contamination.

SCDP ensures that only products of quality standards are stored and sent to the market.

The Cameroon National Petroleum Depot was created in 1979 by the state in order to ensure the availability of petroleum products throughout the country.

SCDP is the first and only company ensuring the storage and distribution of petroleum products nationwide.