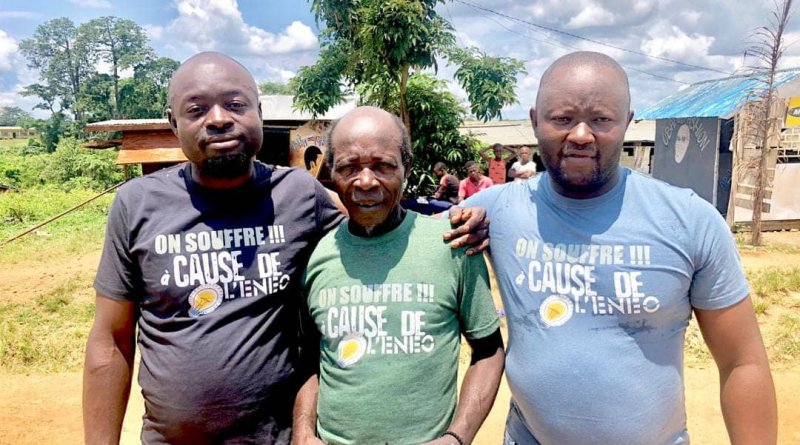 He gained prominence through a video on social media in which he complained of the constant interruption in electricity supply.

Grand Barack’s outrageous reaction after persistent power cuts was cut on camera and the video had thousands of views and shares on social medias.

A CRTV did a report an the man who made the social media buzz. He then explained his grievances.

He told reporters that he had been offered a brand new electricity generator by the Governor of the Center region to caution the outage while working as a blacksmith. He expressed gratitude to the government though complained of the high cost of fueling the generator.

Since then he created a facebook page on which he updates his followers on the improvements in his locality with a funny tone. Promotional of the t-shirts with messages « On souffre à cause de L’eneo » have been made.

In the meantime, a website « eeleetchi » has begun a fund raising program to change Grand Barack’s life style.

On the web site, the Cameroonians are called upon to generously donate to offer the man a solar system.