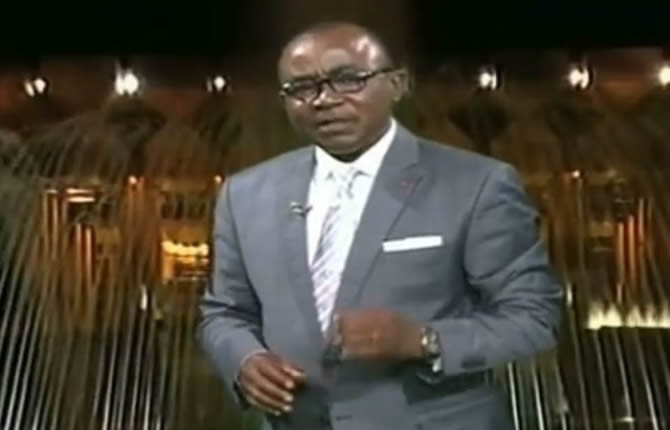 The Spokesman of the event faced the press with a detailed perspective of the discussions the begins on Monday 30th September 2019 in Yaounde.

Can we have some details about this Major National Dialogue?

SPOKESMAN: Thank you for having me on your set. Permit me first of all to thank the Lord Almighty for His Grace. We wish to also express my gratitude to the President of the Republic, His Excellency Paul BIYA and the Technical Secretariat of the Major National Dialogue for this mark of confidence. We measure the weight of the task assigned to us. We are sure, all of us together, that we can bring about lasting peace to our country as a whole and to the two English Speaking regions of the South West and the North West in particular. Thank you once again.
Convened by the President of the Republic in his message to the Nation on September 10, 2019, the Major National Dialogue (MND) is held at the Yaoundé Conference Centre from September 30 to October 4, 2019.
The inaugural session and the work of this Major National Dialogue will be chaired by the Prime Minister, Head of Government, H.E Joseph Dion NGUTE designated for this purpose by the President of the Republic.
In addition to the work in plenary sessions, at least 8 Commissions will be formed to examine all the issues identified as likely to promote the achievement of the main objective of this meeting, namely, the return to peace in the North West and South regions in particular, and the consolidation of the Cameroonian model of living together and coexistence of all the components of the Nation in general.
From a methodological perspective, the Major National Dialogue will give voice to all the social components of the country so that they submit proposals whose synthesis will make it possible to respond to the legitimate concerns of the citizens and to the widely shared aspiration of a return to peace. That consultation is ongoing and will continue so that no one is left behind. The commissions at the Major National Dialogue include:
1) Commission on Bilingualism
2) Commission on Cultural Diversity and Social Cohesion
3) Commission on the Educational System
4) Commission on the Justice System
5) Commission on reconstruction and Development
6) Commission on Decentralisation and Local Development
7) Commission on Disarmament, Demobilisation and Reintegration
8) Commission on the Diaspora
So you realise that the Major National Dialogue will address, squarely, issues relating to the educational and judicial systems that gave rise to the initial demands.
Concerns relating to decentralization and local development, bilingualism and cultural diversity, the reconstruction of the affected areas, the return to civilian life and the reintegration of ex-demobilized combatants, the contribution of Cameroonians abroad to the development of the country will also be on the menu of the dialogue.
The MND will give the floor to a representative and diverse public of Cameroonians.
About half a thousand Cameroonians from various horizons will gather for a week at the Yaoundé Conference Centre.
The guests will be state dignitaries, the diplomatic corps, the national constituted corps and more than 150 journalists from the national and international press duly accredited.
In addition, all Cameroonians who wish to participate can send their contributions through the Technical Secretariat of the Dialogue at the Yaoundé Conference Centre, or via the website www.nationaldialogue.cm

We have seen the Prime Minister, Head of Government and President of the Major National Dialogue consult diverse groups of people. Public opinion is bitter that these are the people who will constitute commissioners for the Dialogue

SPOKESPERSON: Those fears and worries have reached the Technical Secretariat but, be assured, that should not be a problem and I wish to be understood here.
The consultations are in tandem with the wishes and aspirations, not only of the President of the Republic, His Excellency Paul BIYA, but also of a vast majority of Cameroonians, they who have nursed the hope and called on the President to convene this Major National Dialogue.
Every peace-loving Cameroonian is called on board to contribute to the peace we all wish, desire and cherish for our beloved fatherland.
That is why the President of the Major National Dialogue, Prime Minister and Head of Government, His Excellency Chief Dr Joseph DION NGUTE is welcoming Cameroonians from all the walks of life. So many propositions have been made, but none of them is ridiculous because due consideration will be given to all. True that some of the proposals made do not tie in with the thematic concerns of this Dialogue, yet they will be helpful even after the dialogue to ensure governance, development, peace and harmony.
Now, while everyone is welcome on board, the commissioners at the 8 commissions set up will be people and representatives from:
1) Parliament
2) Politicians
3) Opinion leaders
4) Intellectuals
5) Business men
6) Traditional authorities
7) Religious authorities
8) Members of the diaspora
9) Defence and security forces
10) Armed groups and
11) Victims of the crisis
For one week they will handle all subjects and topics aimed at making Cameroon a better place for all its sons and daughters, especially those from the restive North West and South West Regions and of course the rest of Cameroon.
So let the public know that those who are consulted are not necessarily those who will constitute members of the commissions.
Let me say here that each commission has about 50 commissions. Multiplied by 8 commissions, that gives you about 400 commissioners carefully chosen to represent everybody.

Some people think that an international mediation would have been necessary and some countries are offering their services. What is your take on that?

SPOKESPERSON: We are sure that many of these countries are friendly countries and their suggestions are not residual. It is true that some make the propositions in good faith and others not exactly that.
The President of the Republic in his speech of September 10, 2019 thanked such friendly countries for their offers and suggestions. Let me ask a question which I know you will not answer. Are Cameroonians really unable to solve their own problems to the extent of seeking a foreign mediation?
The answer is an emphatic NO. INTERNATIONAL MEDIATION IS NOT NECESSARY.
Every conscious and peace-loving Cameroonian, who wants children to go back to school, who wants our villages to be alive again, who hates bloodshed, maiming, kidnapping, rape, who wants our parents, brothers and sisters to sit around the fireside and tell stories that brighten their faces and enliven their spirits, every Cameroonian who dreams of a better tomorrow, who wants to sit in a bar and enjoy a bottle of drink with people who are not of their tribe, must do everything to see us back again with love and fraternity.
This is a Cameroon-Cameroonian problem. We have fought each other, we have hated each other, with have committed all kinds of atrocities, we have sinned against each other. Now is the time to sit together, look at each other in the eyes and say I AM SORRY.
The other day one father of about 90 years from the South West Region who is an IDP in Yaoundé met us at the Conference Centre. He was shown the hall where the Dialogue will take place. I saw tears of Joy in his eyes. He said to us, quote “I AM HAPPY. LET US FIX IT”.
We have to fix it ourselves and I am sure like the legendary phoenix, we will come out of this refreshed and renewed, and our country will be a treasure, a pleasure and a place of leisure. Those who do not want it this way are not Cameroonians and history and God will be their judge. So, ALL FOR ONE, ONE FOR ALL