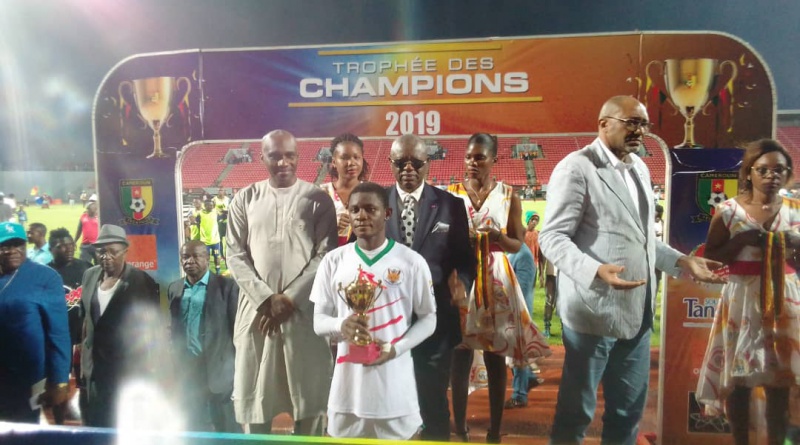 Stade Renard of Melong has defeated UMS of Loum to grab the 2019 Cameroon super cup tittle. The reigning Champion, Stade Renard of Melong thrashed UMS Loum 3-1 at the Kouekong Omnisport in Bafoussam on Sunday 13th October 2019.

Luck did not play in favour of UMS Loum as she recorded two own goals from Bertin Ngamaleu and Joel Etogue.

At the 10th minute, Stade Renard continued to mount pressure and destabilised the defence line of UMS, exposing them to an own goal. 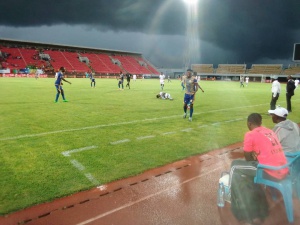 A brilliant show at the the 28th minutes with a beautiful coordination between Keugoue Yamdje and Kouayep Jordan brought the score line situation to 3-0. It was another own goal from UMS’ captain, Joel Etogue shortly before the end of first half, a goal that completely break UMS’s momentum .

Desperate attempts from the Coach of UMS, Sokba to put the team back in track were noticed through changes in the second half of the game.
Cedric Ngah replaced Francis Joel Tombi and Jean Emmanuel Chamdjou was replaced by Francky Fotie Fotie.

There were meaningful passes especially at the 85th minute when Cedric Ngah, just in, scored for UMS to reduce the score to 3-1.

With the win, Stade Renard bags home two trophies in less than two months;
#The 2019 Cup of Cameroon #The Cameroon Super Cup.

The Cameroon Super Cup is an annual competition organised by the Cameroon Football Federation, FECAFOOT.

The just ended edition is 5th. It was organised fourteen years after the competition went to a recess.

The 2002 competition was fielded between Mount Cameroon FC of Buea and the winner of the Cup of Cameroon, Canon Sportive of Yaounde.

The first ever edition of this prestigious tournament was organised in 1999 by FECAFOOT between Sable FC of Batie and Cup Winners, Canon Sportive of Yaounde.