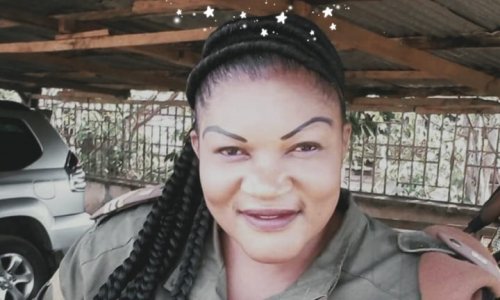 The woman was identified as Florence Ayafor a prison warder of the Bamenda Central Prison.

Eye witness accounts state that she was captured by armed men after a funeral in Pinyin a village situated less than 20km from Bamenda.

The Horror in videos

Terrible footages of the group of sinister men who took time to record their hideous act have been circulating on different social media platforms since 29th September 2019.

A first video shows the victim stripped naked by approximately seven young men, and pulled through in a quiet road.

Her limbs wide opened and she received kicks and insults from her captors.

She was dragged with a rope tied round her neck.

The second video shows the victim and her captors in a different location.

One of the boys used a knife to chop off her head that was eventually thrown in the middle of the road.

Reactions to the appalling act

Many who mustered the courage to watch the sickening videos have been left in total disarray.

Political actors, human rights activists and other individuals have taken to social media to express dismay.

The first Secretary of the PURS party Serge Espoir Matomba in a tweet, calls for justice to prevail.

Another activist, Adeline Sede Kamga stated that no human being deserves such an ungodly treatment.

The hashtag #IamFlorenceAyafor has been trending on social media platforms since the horrid videos started circulating.

The Cameroon Women’s Peace Movement on their part organised a candlelight vigil to honour of Florence Ayafor.