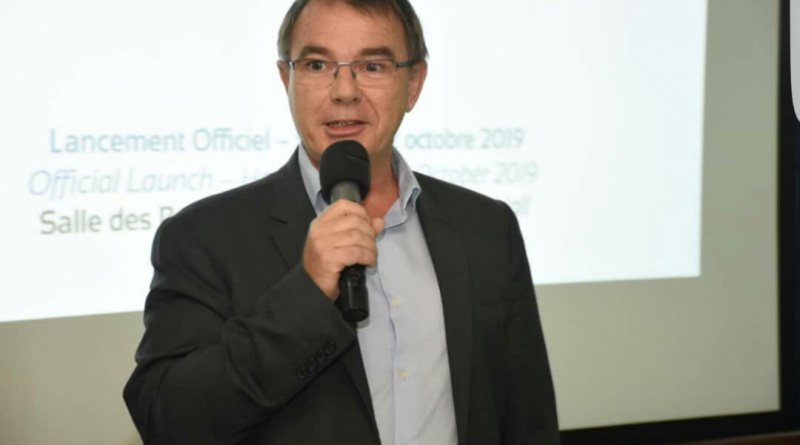 With a well loaded academic background and sound professional experience in Europe, the Middle East, and Africa, Eric MANSUY, ENEO’s new CEO, seems to have all it takes to solve the magical equation of power shortage, exhorbitant electricity bills etc..

Barely one year, after joining the Energy corporation in Cameroon(ENEO),Eric MANSUY has just been appointed the Chief Exercutive Officer Of ENEO, shortly after his predecessor,9 Joel NANA KONTCHOU announced he was stepping down, after more than 5 years with ENEO. The reasons advanced by the former CEO, in his own words, “…l will Persue other interests starting from January 2020. In the next few years, l will dedicate my time to knowledge sharing and social impact investment… “.

Eric MANSUY’s appointment came after a board meeting with the Board of Directors of ENEO designated the 11 month old Deputy Managing Director at the helm of ENEO, with immediate effect. As a recap, the new ENEO boss used to occupy the position of Deputy Managing Director in charge Of Distribution and Commerce at ENEO Cameroon. A position he has occupied uptil his recent appointment.

The new CEO has an interesting academic and professional background and a sound experience in the field of energy and transmission network,

According to the outgoing CEO of ENEO, Joel NANA KONTCHOU, he is leaving a pretty much sound company with
– a 5% transferred shares of company to employees;
– Obtained a 10-year extension on the concession.

The outgoing boss further lauded what the Minister of Water Resources and Energy in particular and the government at large, have been doing in terms of building a strong foundation for the corporation. It is in that light that he actively outlined the contributing factors that made this possible as seen as follows:

-Connected more than 450,000 new customers, with around 65% access to electricity, from 56% in 2014;
– Rejuvenated the workforce, empowered women and improved service quality;
– Reinforce safety and governance of the Company;
– Provided continuity of service in North-West and South-West Regions during difficult times.

He concluded by reiterating that, in his own words:
“Today, the foundations of Eneo are stronger. In order to satisfy the ever growing expectations of our customers and stakeholders. I urge you to continue to work hard, step by step, to further transform Cameroon’s electricity service.
It was an enriching experience, and I thank every one of you for your contribution and the impact you had on this journey”

With a good inheritance, according to Eric MANSUY’s predecessor, ENEO is on a good path to satisfy its employees as well as its customers who ironically have suffered more harm than good due to rampant power shortages yet swollen electricity bills. His last position before coming to Cameroon was chairman of the Énergie Rural Africain (ERA), in Senegal. May be the seasoned electrotechnical engineer from the Polytechnic National Institute Of Grenoble, and holder of an MBA from the Montpelier Business School has the margic equation to solve the energy problem in Cameroon, only time will tell.