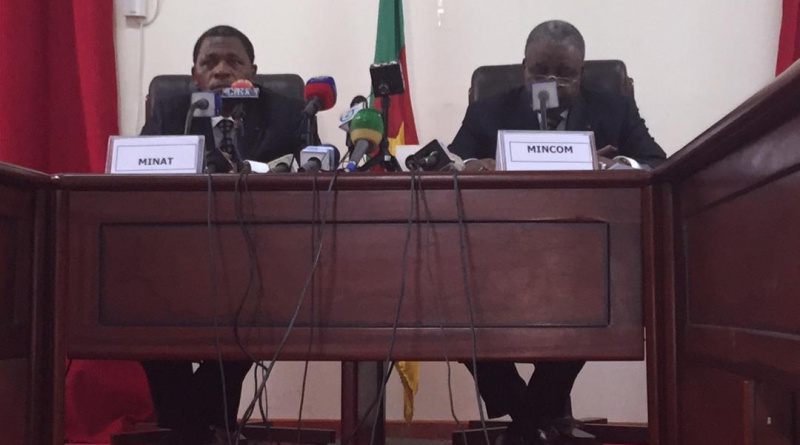 The information was made public on Monday December 2, 2019, during a press briefing Co-chaired by the Minister of Communication enée Emmanuel Sadi, government spokesperson and the Minister of Territorial Administration Paul Atanga Nji.

Government would not postponed the twin elections and shall take all possible measures for it to hold in safe conditions nationwide, affirmed Minister Renée Emmanuel Sadi, government spokesperson during the press briefing held on Monday December 2, 2019.

The Government spokesyaperson was responding to some political leaders who wants the municipal and legislative elections to be postponed due to unfounded reasons.

As far the prorogation of mandates is concerned, the Minister of Communication said mandates of Parliament and that of municipal counselors were extended twice in keeping with article 15 of the constitution.

As far as Municipal counsellors are concerned “the electoral code clearly states in section 170, that the prorogation of their mandate can be renewed for a period not extending 18 months”

Therefore thead of state when convening the electoral board,took into account all these realities and so issues shouldn’t be brought up to hinder the upcoming twin legislative and municipal elections.

The minister of Communication further said all the candidates to take part in the elections went through the same situation and for leaders of some political parties who wants an additional time to drop their documents, the minister of territorial administration Paul Atanga Nji told them that candidates have 15 days to drop their candidacy after the electoral board has been convened as they all know so they shouldn’t be surprise.

As far the law is concerned leaders of political parties are therefore exhorted to be responsible, in carrying out their civic duties by encouraging their militants to take part at the elections.

In his closing remarks, the government spokesperson, said the government invites the public to massively take part in the upcoming elections for it to be successful.

He also emphasized that government have taken security measures nationwide especially in the North West and South West regions of the Country for à hitched free twin elections.