CRTV’s Journalist, Lucrece Medou Njemba has stepped down as the Team Press Officer of the Indomitable Lions of Cameroon. 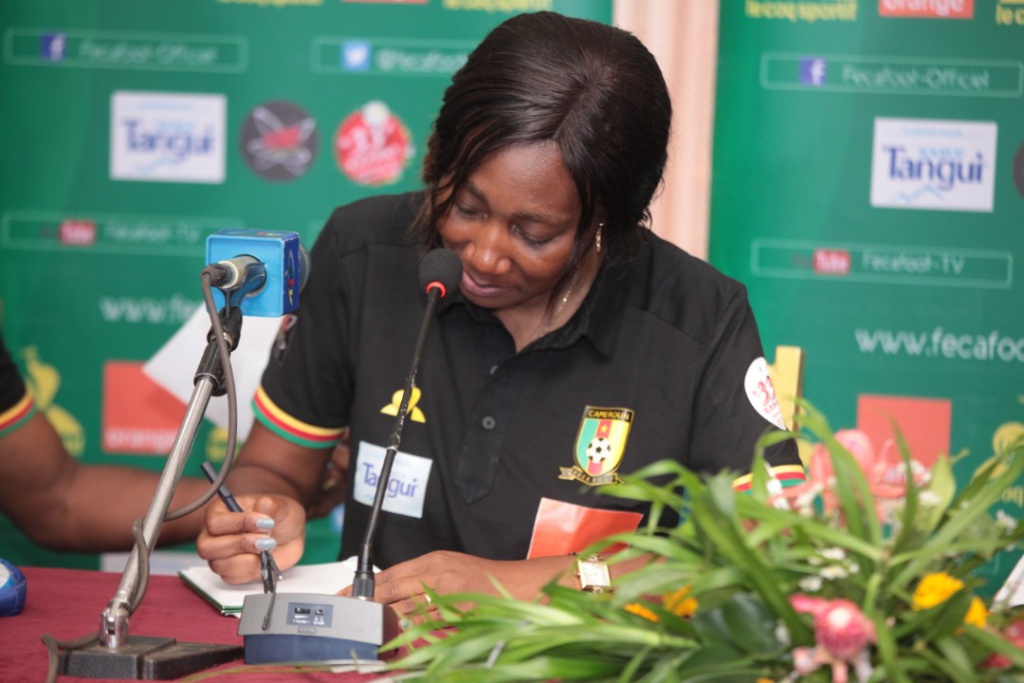 The Service Head of the Economy Desk in the TV Newsroom took to the social media to announce her resignation on Friday, January 24th, 2020. Here is the message she left on her WhatsApp status announcing her exit from the lion’s den;
“During my two years with the technical bench of the Indomitable Lions of Cameroon, I had a memorable time”
“I have decided to give a new direction to my career”
“I had a chat with the President of the Cameroon Football Federation, FECAFOOT, who applauded by efforts”
“I remain a diehard fan of the Indomitable Lions and I wish them the best in the upcoming AFCON and other competitions”.

The news anchor at the CRTV was appointed as the Team Press Officer of the national football team of Cameroon on September 18th, 2018 by the then President of the Normalisation Committee at FECAFOOT, Dieudonne Happi. During her two years at the den, the first female Team Press Officer took part in the following competitions;
-2019 AFCON Qualifiers
-2019 AFCON in Egypt
– Camping with the Lions on September 3, 2019, in Nairobi, Kenya.
– Cameroon Vs Comoros Island in Moroni
– Last training with the team in Rwanda ahead of a Cameroon – Rwanda match on November 2019 in Kigali. Since her resignation some four days ago, the national football team of Cameroon is without a team press officer.