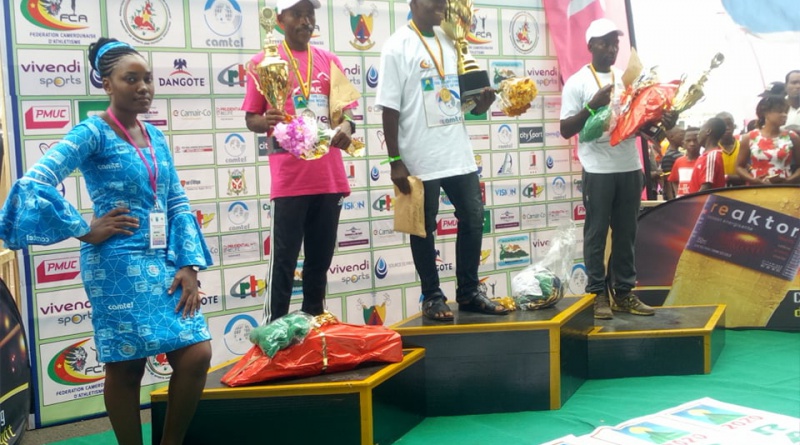 Athletes from the region have retained the major prizes of the competition maintaining a resounding victory in all categories just like in the 2019 edition.

Golove Gabsibuin is the winner of the 2020 Mt Cameroon Race of Hope in the men’s senior category running the race in 4h42m10s.

It is her third win in a row and she completed the race course in 5h51m37s.

The Big Winners of the 2020 Mount Cameroon Race of Hope

Last year’s sisters Ngalim Lizette and Nwaya Yvonne who came second and third positions in the women’s senior category failed to maintain their lead in this year’s race.

Mbacha Eric, the 2019 champion of the Mount Cameroon Race of Hope did not turn up for this year’s competition as he is following up on an international career abroad.

The youngest athlete for the 2020 competition was 10 year old Nim Rod from the North West region in the men’s junior category.

The class four pupil told reporters that his objective running the race was to win the prize money and help his mother pay his school fees.

Although the young athlete came 40th position in his category, he said he felt accomplished completing the race course.

Nim Rod added that he will work harder to get a better position in his 2021 come back.

The first three in the men and women’s senior categories went home with a cash prize of ten, seven and five millions CFAF respectively.

The first two athletes to reach the mountain summit in the men and women’s senior category, Godlove Gabsibuin and a Kenyan athlete both received a camtel special price of five hundred thousand CFAF each.