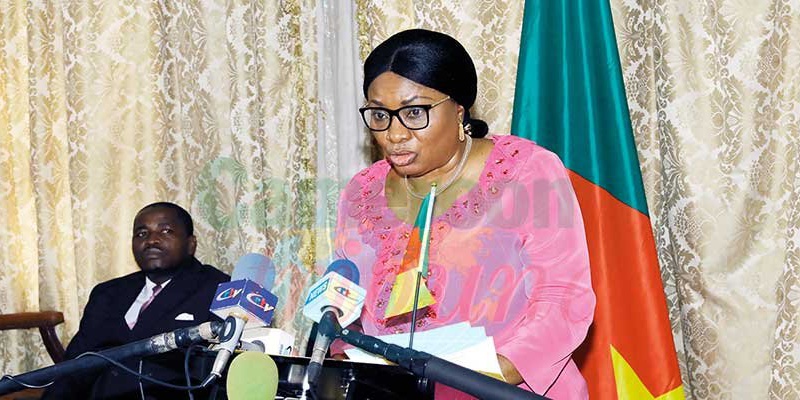 This was in a press release signed on Monday March 23, 2020 by the Minister of Social affairs calling on parents to protect their children by keeping them at home.

One of the government’s safety measures to stem the spread of Corona Virus is the closure of schools nation wide
Despite this measure and others, some parents have taken this time as a vacation period.

Walking around the streets of Yaounde and some markets children can be spotted selling and sometimes buying on behalf of their parents.

Looking at the increasing number of Covid-19 in Cameroon, the Minister of Social affairs Pauline Irene Nguene has called on the entire public and parents in particular to respect the Head of State’s message in order to stop the spread of the deadly disease by limiting social distance,excerise their Civic duties,to be courageous and be responsible.

The Minister concluded by urging parents to protect their children and sensitize them to respect hygienic and preventive measures as dedicated by government so that as one they should fight against COVID-19 for the future of the Country.