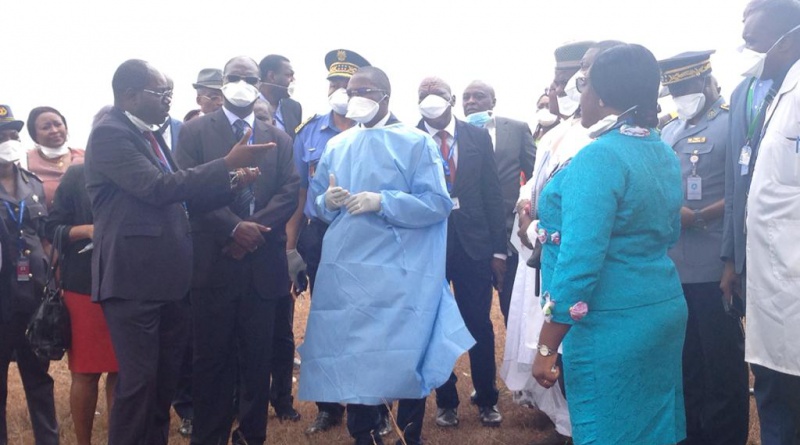 Ten suspected cases of the Covid-19 have tested positive, bringing the total number of confirmed cases to 66.

The Public health Minister announced the figure in a tweet this Tuesday March 24, 2020.

Dr. Manaouda Malachie calls on Cameroonians to put hands on deck against the deadly disease ravaging lives across the globe.

The nation mobilizes against Covid-19

At a time when national figures are spiraling, the nation is  mobilized  to eradicate  the deadly virus.

Statesmen and Public opinion leaders have taken turns to call for the strict respect of safety measures imposed by the government.

Churches have adjusted their worship services to suit safety measures, but other religious bodies says a suspension of church services is safer.

Religious leaders are systematically sending out press releases calling on christians to strictly adhere to all safety measures .

Cultural activities and Sports events have also been put on hold.

Bur critics say the safety measures can not bring down the rising national figures.

Most of them believe that a complete lockdown of the three affected cities; Yaounde, Douala and Baffousam will turn the tides.

Public Health Experts have also told the National Assembly that if social distancing and the isolation of infected persons is not strictly implemented, Cameroon may see infected cases rise to 3800 in the next four weeks.

According to health experts, an infected person passes the virus to two or three other persons . This means the chances for that more people to be contaminated are very high.

Most people are in doors, but have turned their ears to the media especially the internet where sensitization messages circulate nonstop.