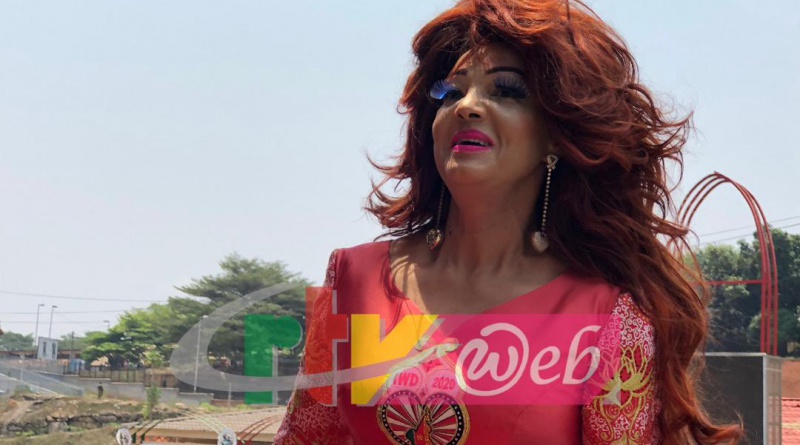 She was awaited was she wiy welcomed at the ceremonial ground by the Minister of Women’s Empowerment and the Family, Prof. Marie Therese Abena Ondoa.

The arrival of the First Lady at the ceremonial ground signaled the start of the traditional march pass.

Clad in beautifully designs fabrics, the over 10, 000 women put up a colorful March pass that lasted for two hours.

Cheerleaders from the University of Yaounde 1 and other institutions impressed the crowd with their performances. 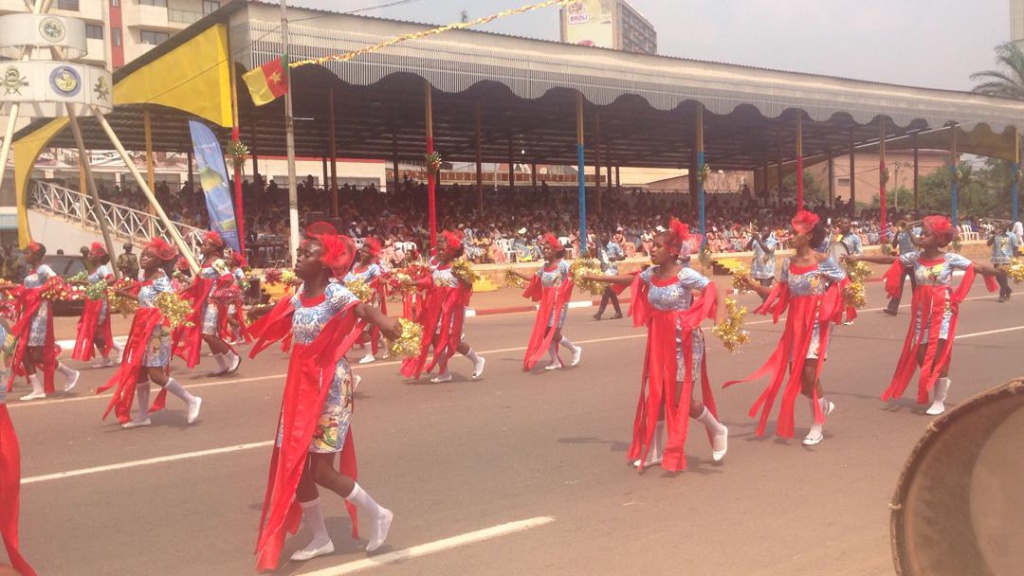 They all danced to the beautiful rhythms of three music bands that animated the ceremony. They include ;
#The National Gendarmerie Music Band

# The Music band from the Highest Institute of Youth and Sports

# The Music band from college Mvogt

Journalists from the Ministry of Women’s Empowerment and the Family ran commentary on the boulevard, while those from the Cameroon Radio Television systematically ran commentaries on TV and the radio.

IWD2020: Without the fabric

Among the groups taking part in the march pass were women did not acquire the fabric for the 2020 Women’s Day .

For the first time, women officially broke away from attachment to a new fabric as instructed by the Minister of Women’s Empowerment and the Family, Prof. Marie Therese Abena Ondoa.

Fabrics of past editions, as far back as 2010 were worn by women who massively turned out for the March pass.

As the groups marched pass the presidential Tribune , the massive participation of women from the North West and South West earned them a standing ovation.

The First Lady particularly joined them in chanting a unity song; ” We are one, we are together ” as they marched across the May 20 boulevard.

Another high point came from women involved in mechanized agriculture. These dynamic women demonstrated their know -how in driving heavy duty trucks, caterpillars and motor bikes.

After two hours thirty minutes, the women of the Ministry of Women’s Empowerment and the Family crowned the event amidst a thunderous applause from participants.

The organizers of the 2020 international Women’s Day were appreciated for the successful organization of the event. Celebrations continue across the nationwide.

For many years now, some women have been known to celebrate the Women’s Day in amidst disgraceful acts.

But like every other year, the Minister called on them during preparatory activities to focus on concrete issues relative to the wellbeing of women.