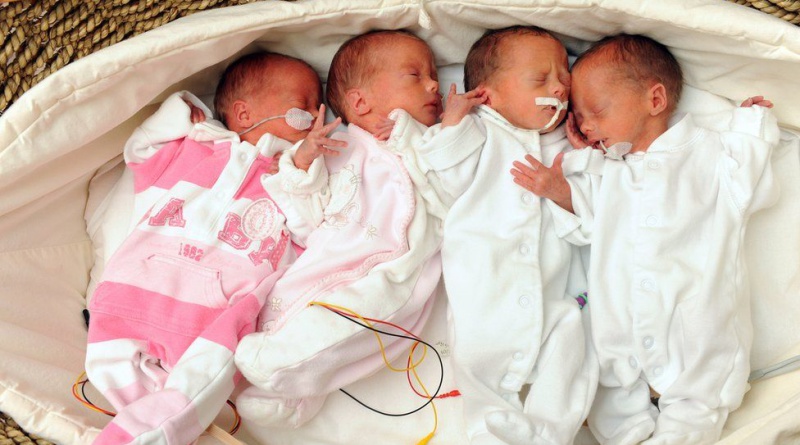 Her first delivery turned out to a sad experience. Anne Christel Ntsama, is yet to come to terms with the passing away of her babies shortly after birth.

The 21-year old mother, lost her quadruplets at Yaounde’s Central hospital on Monday May 11, less than 24 hours after delivery.

Reports have attributed the death of the babies, two boys and two girls, to the absence of incubators in the hospital facility.

But the young mum acknowledges that the hospital management tried in vain to secure incubators in renowned hospital facilities.

None was found in all the hospitals contacted; the Chantal Biya Foundation, the Yaounde Teaching hospital, the Gyneaco-Obstetric and
Pediatric hospital and the CNPS hospital Centre.

Luck came from a private clinic in the nation’s capital where four incubators were found, but financial barrier became another obstacle.

The available, yet insufficient  alternative

The family of the young mum had to raise 100,000 as caution fee, pending transfer of the babies to the private hospital hosting the incubators.

Getting that amount was not easy for the family,  but while the family struggled to raise the money, Dr. Felix Essiben, Gynaecologist at the Yaounde Central hospital says they got an alternative solution.

“The family was unable to immediately raise the caution fee, so we put all four babies on oxygen while waiting”.

The death of her babies, and a bill of 54,100 francs made the young mum over burdened

Why the babies died

Hospital staff have refuted reports of negligence, arguing that they they did their best the rescue the mother and her babies.

“She had not  done any echo-graphy, and was not aware that she carried four babies. The young mum had no medical follow up all through the period pregnancy. She had done just two prenatal consultations , on November 2, 2019, and May 8, two days to delivery. The age of the pregnancy was also difficult to determine. Upon arrival on May 10, she complained of intense stomach pains, and the team found out she will give birth soon”.

When the babies were eventually born, doctors found out they were all premature and suffered from respiratory distress as a result of pulmonary immaturity.

Prof. Pierre Joseph Fouda, Director of the hospital says “the babies weighed only a kilogram each, and had no first cry, though born alive”.

‘my babies’ death was hidden  from me’

Anne Christel Ntsama was not immediately informed of the death of her babies. Her sister broke the news, a few hours after the deaths were reported.

Besides loosing all four babies, the mum says concealing her babies deaths is devastating.

” My babies death was hidden from me. I was on my way to check on them when a nurse asked my to go get a shawl . When I returned, she told me I would only be allowed to see them alongside the doctor. It was my sister who informed me that I had lost all the babies.”

Going by the hospital’s Director, Prof. Pierre Joseph Fouda, concealing news of the deaths was the most appropriate way of preventing further calamity.

” The psychological context here is the fragility of the mum. We cannot announce such bad news without preparing her. It can push her to commit suicide”.

Following the incident, the Public Health Minister, Dr. Manaouda Malachie in a recent tweet said the situation is under control, and the 21-year-old mum is ready to present the facts.