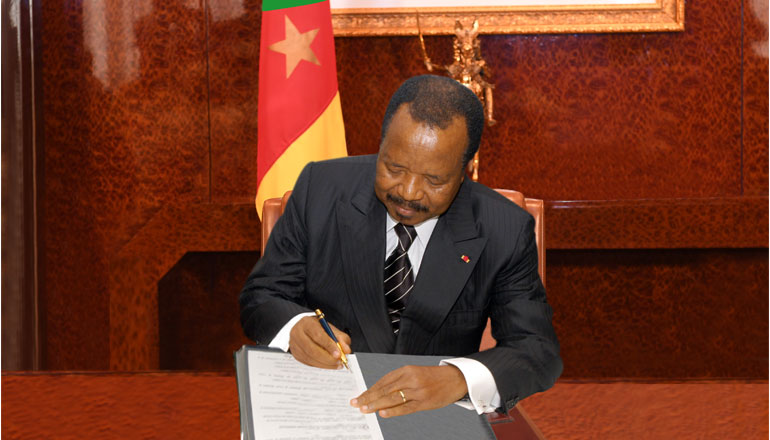 The President of the Republic has signed a circular outlining directives for the elaboration of the 2021 state budget.

According to the circular, priority will be given to cushioning the economic impact of #COVID19 and the socioeconomic development of the nation

The circular comes a week after the Minister of Finance presented the budgetary orientation at the National Assembly and the Senate where he stated that it was inspired from the 2021 – 2023 medium term development plan.

The Head of State’s 2021 Budgetary Policy Circular gives directives to the Prime Minister – Head of Government and the entire government to take measure to contain political, socioeconomic and cultural challenges brought about by the global health crisis.

The circular specifies that in drawing up the state budget for the year 2021, priority should be given on the one hand to the implementation of measures to mitigate the socio-economic effects and facilitate recovery after the health crisis and on the other hand, to implement reforms to boost the nation’s economic, social and cultural development.

The key areas targeted include:

– Facilitate the reintegration demobilized persons within the Centre for Disarmament, Demobilisation and Reintegration, DDR in the agro-pastoral sector of addition,

– Strengthening the fight against exclusion and improve protection of people living with handicap.

To achieve the above stated goals, the circular states that emphasis will be on:

– The implementation of the new national development strategy,

– Consolidation of the achievements of the Economic and Financial Program.

The Presidential circular indicates that the budget has been designed in line with the National Development Strategy which is anchored on the 2035 Development Vision.