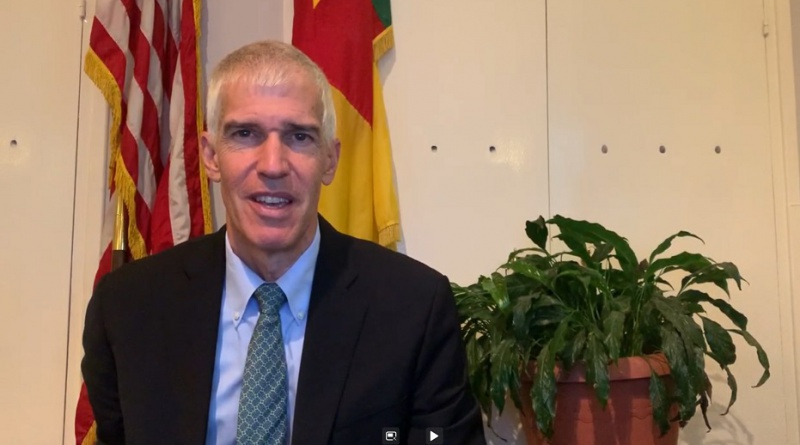 With the last audience already granted to the outgoing American Ambassador to Cameroon by President Biya, we look back at his tenure in Cameroon as the chief diplomat from the most powerful nation in the world.

Twenty million dollars (20m), roughly twelve billion CFA, that is the amount of money spent by the United States of America to support Cameroon’s healthcare system in the past three months alone.

And this happens with Henry Peter Barlerin as Ambassador of the United States of America to Cameroon, making the country to become Cameroon’s first strategic health partner with huge medical infrastructure construction like the Yaoundé Public Health Emergency Center.

This means that health diplomacy was one of the key achievements of the American chief diplomat during his three years stay in Cameroon. Resources were mobilised and spent, to combat diseases like HIV AIDS and Malaria.

The American ambassador reiterated that on Tuesday, July 14, 2020, during a farewell audience granted him at the Unity Palace by the President of the Republic, Paul Biya.

At the Unity Palace audience which lasted an hour, the President and the American diplomat reviewed the extensive bilateral cooperation between Yaoundé and Washington.

Aware that the United States is one of the support systems of the war on terrorism in Cameroon especially in the Far North Region, the President handed to him a souvenir, a sculpture to outline the vitality of relations between both countries.

Other issues which dominated the diplomatic tenure of Henry Peter Barlerin in Cameroon were willy nilly, the separatist’s movements in the North West and South West regions which according to some informed public opinion kept both parties at logger head.

The American ambassador to Cameroon made this clear during the state dinner in which he was made Grand Officer of the Cameroon Order of Valor, the highest civilian distinction in Cameroon.

During the toast, the American Ambassador presented some apologies, “excuses” to the Cameroonian people if he had hurt them in any way or form by saying he was just doing his job.

According the outgoing ambassador each time he met with Cameroonian authorities, he “had hard and difficult messages” for them.

However, this was not the case on his last day in Cameroon as he promised to comeback someday in Cameroon, because he likes Cameroonian pepper which is better than the American one according to him.