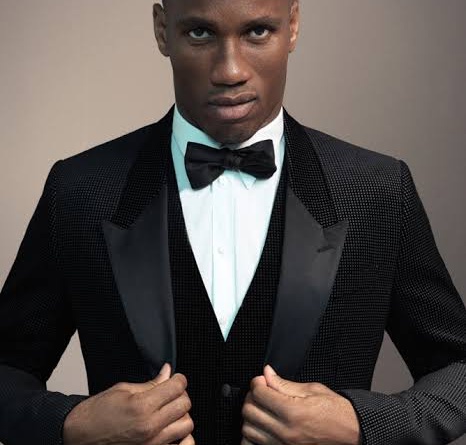 The 42-year old is among the three candidates contesting for the presidency of the Ivorian Football Federation in September 5.

Despite the local referees’ earlier support to one of the contestants, Sory Diabaté, the living football legend had a word of thanks to the association.

“Thank you for the trust. We savour this support together. It is not over. The fight, fair play, continues. A lot of things are being said but I don’t react. As an Ambassador for Peace, I can hardly see myself insulting someone.” During their sitting on Monday 19, 2020, the association of referees refused to recognised an earlier vote organised by their peers, thus at the end of the vote of the day, 218 referees said yes to Drogba against 1 for Idriss Diallo and 1 for Sory Diabate.

“This choice is indisputable because it is the choice of all referees. We distance ourselves from the choice made by Coulibaly Souleymane and his group. They were illegal at the time of this choice. Everything we did on Monday was done in accordance with our texts. I appreciate the responsibility of the Ivorian referees,” said AMAFCI’s new acting President, Danon Roland.

Chelsea’s former goal scorer could hardly get sponsorships for the validation of his candidacy for the FIF presidency. The 42 year old football superstar expected to be backed by the footballers’ union but unfortunately he was not endorsed. The footballers’ association headed by Drogba’s former team mate Cyrille Domoraud, failed to back him up and pledged its loyalty to Idriss Diallo, one of the three candidates.

The footballers claimed their decision stems from loyalty to Diallo even before Drogba proclaimed his candidacy.

As at now, the fate of the former striker depends on football medical practitioners’ endorsement for the upcoming election on September 5, 2020

The doctors’ decision is expected to come in the very near future.

Worthy to note is the fact that, Didier Drogba requires the endorsement of at least two of the five special interest groups needed to get onto the ballot. Diallo had also previously received the backing of the local coaches’ association.

Adding to the endorsements by special interest groups, candidates must also be nominated by three of the 14 League 1 clubs and two from the lower divisions.

Drogba played in three World Cups with the Cote D’ivoire and twice helped them to the final of the Africa Cup of Nations.

He captained the national team from 2006 until his retirement from the Ivorian team and is the nation’s all-time top goal scorer with 65 goals from 105 appearances.

On December 11, 2019 he became Vice President of the international organization Peace and Sport.