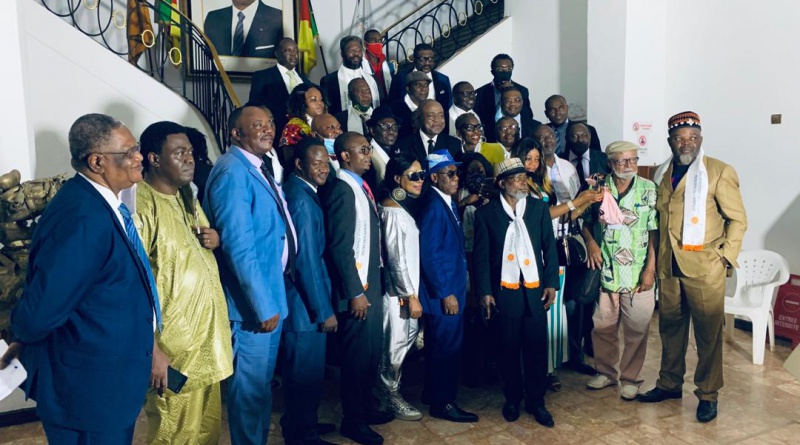 The bills to regulate artistic and cultural associations have been adopted in Parliament. The bills Were adopted on July 6 , 2020, during the June Session after being defended by Minister Ismael Bidoung Kpwatt.

The audience between the Minister of Arts and Culture and Members of RAMCA, an association of Musicians headed by Ndedi Eyango, permitted both parties to iron out some arising discrepancies emanating from the Bills.
Discussions centered on the law on federations of cultural associations in Cameroon and the copyright.

The Minister of Arts and Culture explained to the artists in detail the advantages and opportunities of the law on artistic and cultural associations. He called on the artists to ease its application which is scheduled to take place not far from now through participative ideas, an ideology supported by RAMCA and other artists.

According to Ndedi Eyango, the President of RAMCA the artists are satisfied after discussions with Minister Bidoung Kpwatt. Artists have been turned apart about existing administrative procedures to create groups, especially for those who were functioning without documents.
However, the good news is the fact that the bills comes to ameliorate their way of functioning amongst others.

As far as the topic on copyright is concern, the Minister of Arts and Culture promised artists a great change in it’s management.