Circulation and business activities have resumed at the busy Rond-pont Damas neighbourhood in Yaounde 6 after the explosion of a locally made bomb in the evening of Thursday, July 2, 2020. Though the normal busy and hustle is still to gather steam due to a wave of panic in this area, people can be seen going about their activities.

However, the zone of the blast that was temporally colonised by forces of law and order is now left with few policemen to monitor the activities in the area. 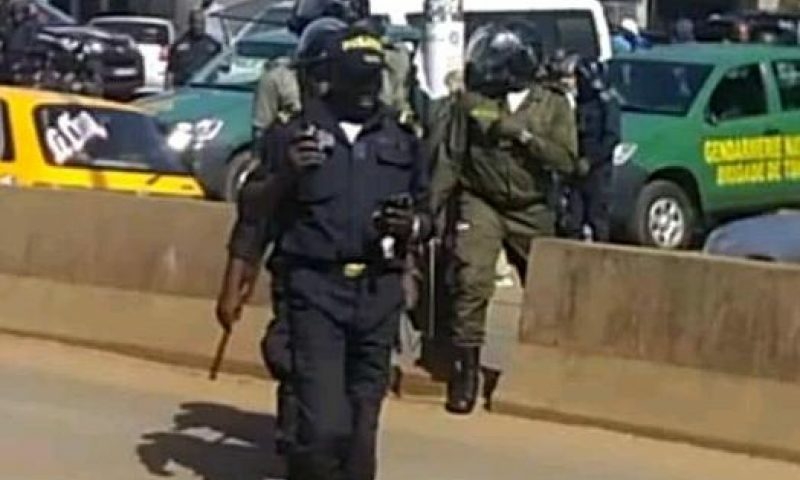 As of now, commercial motor bikes have been restricted to carry on with their hustling but it is seemingly a busy Rond-pont Damas this Friday, July 3, 2020.

According to close sources at the Third Central Police Unit located in Nsam-Yaounde, the explosion detonated from a locally fabricated explosive at some minutes past 7 pm on Thursday, July 2, 2020.

Though the nature of the explosion is still to be reviewed by competent authorities, an early examination indicates it was an artisanal bomb from an unknown source. A provisional report notes that two victims, a man and a woman sustained injuries due to the explosion and were rushed to the hospital for intensive care.

No human casualty was recorded but a substantial amount of material damages have been report which will be made public in due time.

Sources revealed that, the police forces immediately stole the show, barricading the zone and restricting movements, circulation of vehicles and motorcycles amongst many others in the neighborhood shortly after the explosion .

Worthy to call, the recent explosion brings to number the third in the city of Yaounde. In the nights of June 20 and 21, similar incidents were recorded at the Melen and Emana neighbourhoods respectively.

The wave of explosions has induced the Director General of the National Security in Cameroon to beef up security in the town of Yaounde and avoid an unforseen circumstance.

Though the inhabitants of Yaounde maybe wondering which neighbourhood is next or who is responsible for the explosions, the police force has cautioned the populations to be calm and vigilant.