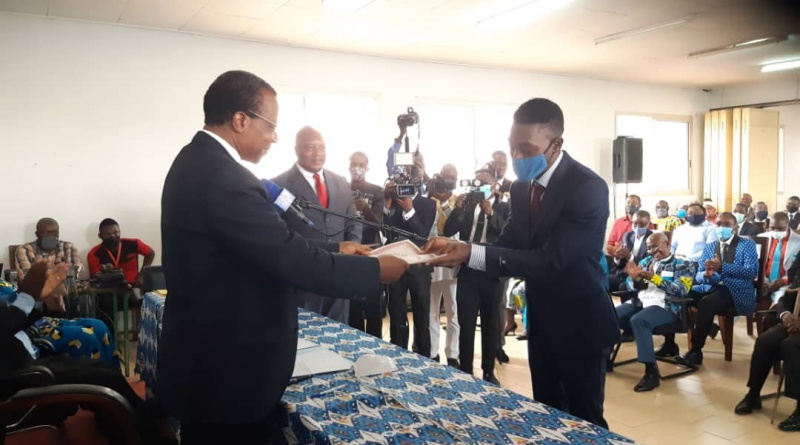 Students of the 2017-2019 batch of IFCPA christened “Qualité” have received their end of course attestations.

The graduation ceremony was presided over by the Director General of CRTV Charles Ndongo. He called on the laureates to be disciplined, perseverant, courageous and hardworking.

The ceremony marked the end of two years of training from November 2017 to December 2019 under the supervision of experienced lecturers and professionals.
The laureates are from 9 disciplines including Video journalists, Video Editing , Graphics Design and Multimedia, Production, Camera, Sound recording and Maintenance, broadcast and transmission.

The best overall of this batch Alphonse Mengue scored 15.5 average.
After receiving their certificates, the laureates have the task of looking for and creating jobs.
Keltis Mofor is one of the graduates from the Graphics and design field planning to start an enterprise with his friends.

“I’m very happy today. I’m a starturper and I intend to build up an enterprise on graphics design and animation with friends”

Awum Elijah another graduate is ready for the job market.

“I have graduated and I’m happy for that. I want to make more contacts and embrace the job market”

What Next
The Director General of the Cameroon Radio Television Charles Ndongo during his speech to the Laureates exhorted them to be disciplined, courageous, perseverant and hard-working so as to achieve their goals as they are about to embrace the professional world. 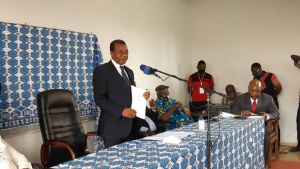 He also told them that team work is important in the professional milieu .

Future Projects of the School

The Institute for the Preservation of Audiovisual Heritage (IFCPA) will soon have a bachelors degree cycle. 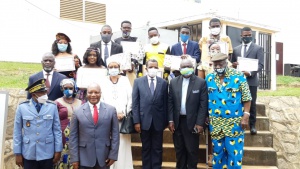 The school has received the go ahead from the Ministry of Higher Education for this project as announced by the Director Francois Marc Modzom during the graduation ceremony.