The 9th edition of the Government Action Fair dubbed SAGO is now history and but the memories are still fresh in the minds of first timers.

One of the many first time participants at the just ended 2020 SAGO was the Cameroon Port Community commonly refered to as “Port Synthese”. Taking a walk at the SAGO village located at the Yaounde Multipurpose Sports Complex, one could barely move steps without recognising the imposing stand of the Douala based structure.

As a newcomer, the Cameroon Port Association served as a point of curiosity to visitors who could barely get their eyes off the appealing flyers or decorations in the stance, telling of a story of elegance.

Many swiftly made a stop and were entertained by the staff who presented their services to the visitors in a welcoming tone with broad smiles. Infact, the port community staff did not stop at anything but woo the curious onlookers. 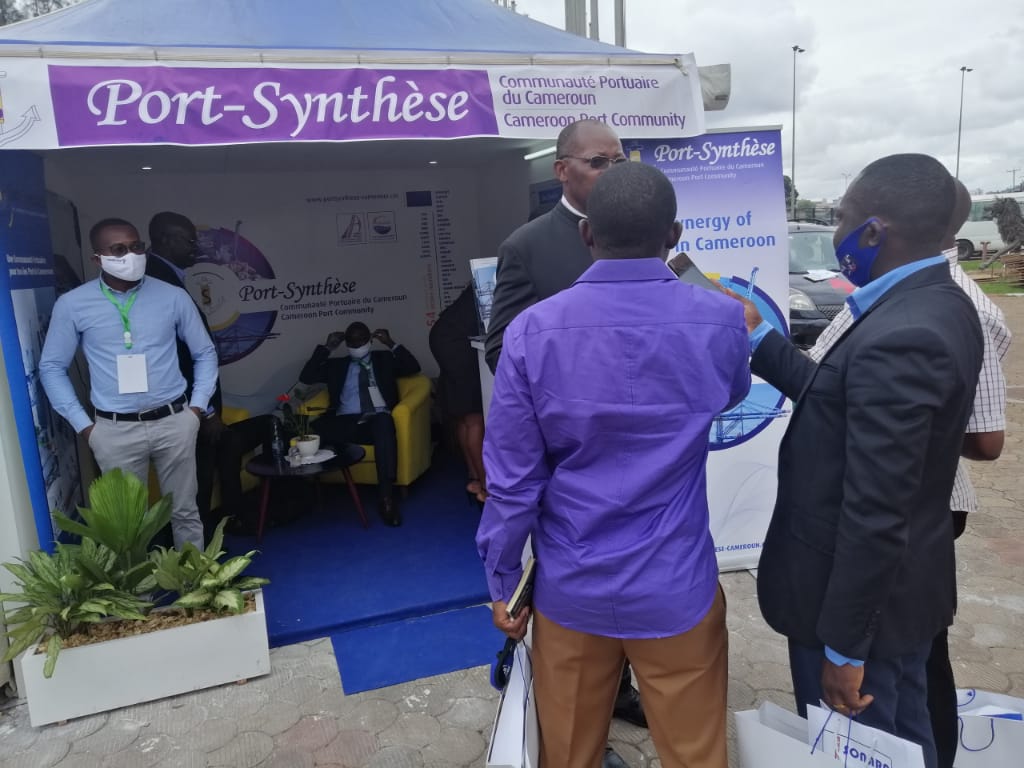 Some excitedly scrambled to grab the brochures and others listened to the staff present their offers with unreserved attention.

My curiosity too as a Crtvweb reporter landed me in this stand strategically located at the heart of the SAGO. The crew is welcome by one of the seemingly tireless staff, Victorine Biy Nfor, a Chargé d’Etudes (Research Officer) at the Port Synthese, who took time off to elaborately thrilled us through in an interview

The port community regroups the Port Authority of Douala, Limbe, Kribi and Garoua as at now.

As part of her objectives, the port community markets the opportunities and services offered by the ports.

The structure creates a point a convergence for the various ports in the country through which action and commercial plans are crafted.

After their four days at the SAGO, the staff of the “Port Synthese” described their first experience as impressive as they were able to reach out to hundreds of Cameroonians and other participating exhibitors.

The stories have been learnt and the Port Community can now get to work for better 2021 edition to be marked by the participation of three foreign countries.