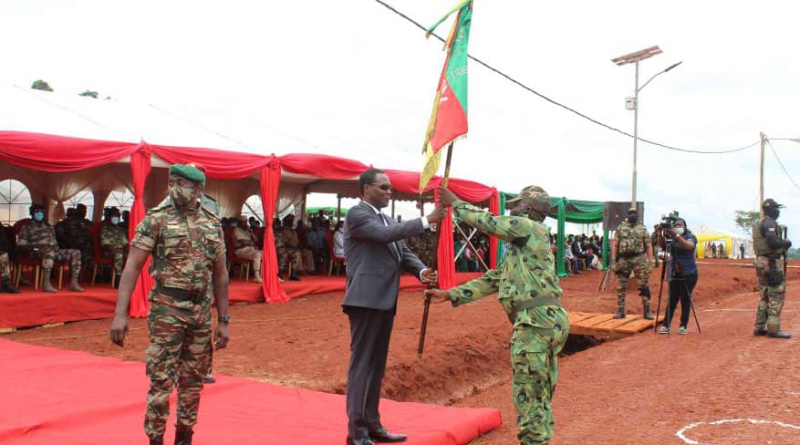 A flag and standards ceremony has been organized at Motcheboum in the Upper Nyong Division of the East region in Cameroon.

The ceremony which has become a tradition with Cameroon’s peacekeeping missions consisted principally of handing over the flag to the head of mission.

The Commander of the sixth contingent returned the flag to the Minister Delegate at the Presidency in charge of Defence, Joseph Beti Assomo to signal a successful end of mission. 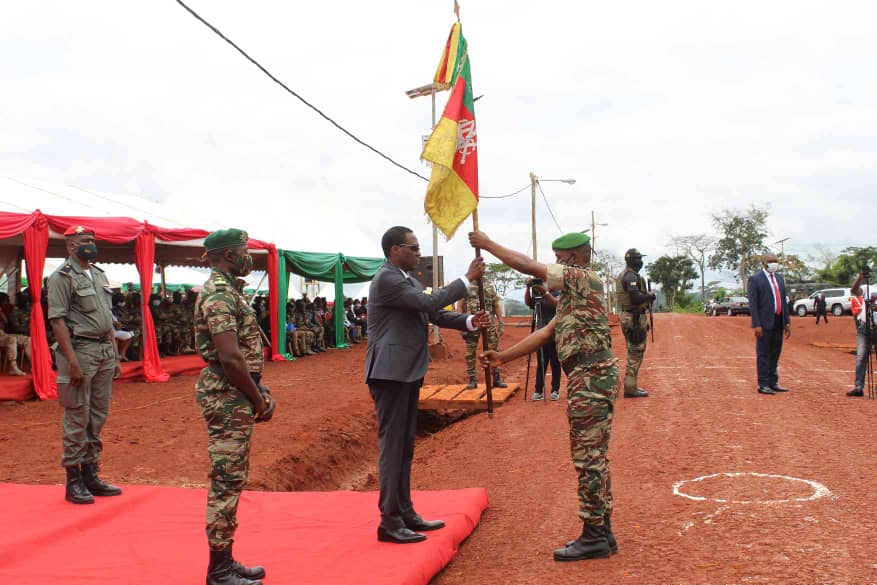 The Minister proceeded with handing over the flag to the new commander to mark the commencement of his peacekeeping mission in the neighbouring Central African Republic. 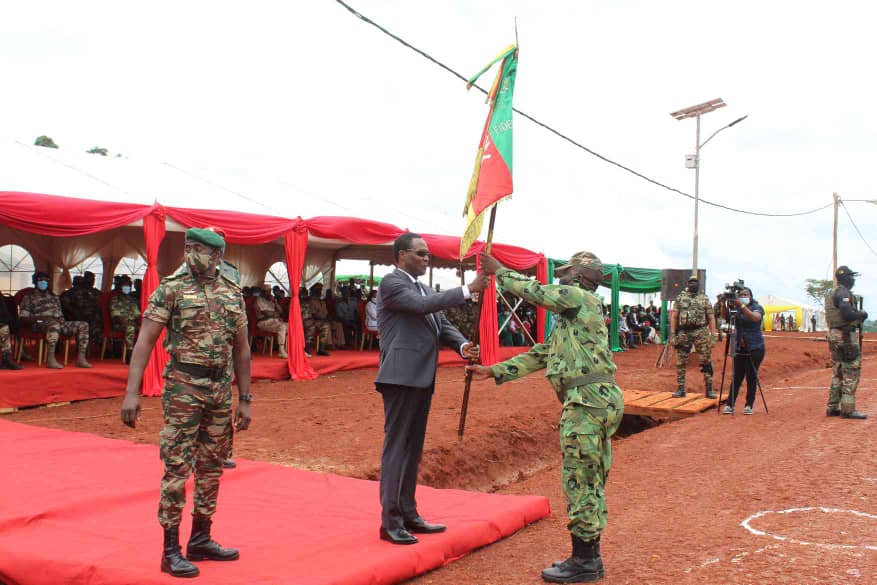 The ceremony was also an occasion for the Minister of Defence to give final instructions to the troops before departure.

He exhorted Cameroon’s 7th Contingent to the United Nations Multidimensional Integrated Stabilization Mission, MUNUSCA in the Central African Republic to be Professional in the execution of their mission.

He also reminded them to make good use of the training they have received in UN peacekeeping operations and Formed Police Units.

The contingent that is going to replace the 6th Contingent on the field is expected to maintain Cameroon’s reputation of international peacekeeping. 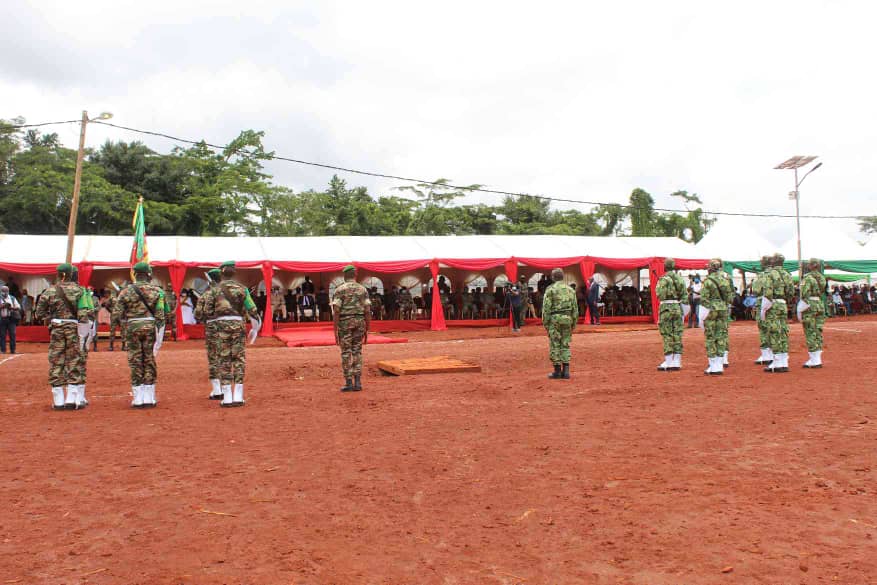 The over a thousand man troop is composed of military and gendarmerie personnel of all grades from rank and file to Colonel.

The contingent that is placed under a United Nations Mandate have the duty to protect civilians and support transition processes in the Central African Republic.

The Minister Delegate at the Presidency in charge of Defense, Joseph Beti Assomo, told them to honour the Republic during their stay in the Central African Republic.

The ceremony ended with a common meal between the peacekeepers and the military hierarchy.