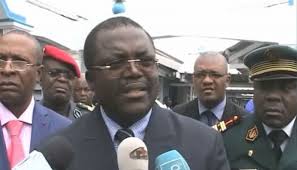 The Governor of the Littoral Region, Samuel Dieudonné Ivaha Diboua and his counterpart of the Center region, Naseri Paul Bea have both issued separate orders banning all undeclared public demonstrations until further notice.

The separate orders from both Governors were made public on September 11, 2020.

The decision which comes in at the wake of the first ever regional council election seeks to get all stakeholders prepared for any eventuality.

Since the convening of the electorate on September 6, 2020 by the President of the Republic, Paul Biya, some political parties expressed their intention to boycott the process.

Some hold the opinion that the timing for the election is not appropriate because of socio-political political crisis in the North West and South West which have not been completely resolved.

However, the election is perceived by the government as a stride towards lasting solutions to the crisis as it paves the way for the institutions of the Special Status granted to the two regions as recommended during the Major National Dialogue.

The Right To Protest

Demonstrating is a right recognized for citizens in Cameroon, that notwithstanding, it must be carried out within a legal framework following the principles enacted by the legislator. The texts noted, adding that such manifestations should not disturb public order or incite insurgency.

Both Governors stated in the orders that anyone who violates the provisions of the order will be exposed to the sanctions provided for by the regulations in force”.

The current orders from the Governors is a follow up to the declaration of the Minister of Territorial Administration Paul Atanga Nji, on September 7, 2020.

He hammered during a press briefing that “All troublemakers, whoever they are, will answer for their acts before the courts”.

In Cameroon, the law makes it compulsory for organizers to obtain a
prior declaration of all demonstrations or meetings on public before the event.