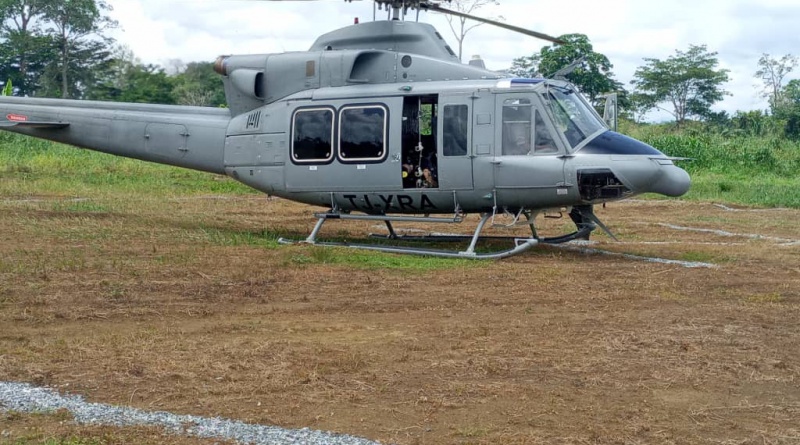 Two teams of the Rapid Intervention Battalion, BIR Kribi Zone have launched a man hunt for three armed robber who kidnapped the CEO OF ICRAFON on Sunday, October 18, 2020.

The military units supported by a helicopter already captured one of the robbers. Preliminary investigations indicate that the robbers are ex-convicts.

Sources indicate that, Patrice Porte, Managing Director of ICRAFON and his wife were in Kribi for a weekend Golf game.

At About 1 p.m. Sunday when there were returning from the golf course, they drove alone with three other persons in their vehicle, including another CEO, Christian Poissonnet, all of French nationality.

After driving for approximately 3km from the Kribi Golf Club to the road, they were stopped by an individual who pretended to be repairing the wheel of his car in the middle of the road.

As they stopped, the individual pulled out a weapon and at pointed at them. Instantly, two other armed men come out of the bush. They search and took every valuable and Mr Poissonnet and Patrice Porte’s wife.

Kidnappers tied up and then took the CEO of ICRAFON away with them into the forest abandoning the two others in the forest.

The Defense Forces including a detachment from BIR Kribi launched a man hunt for Bandits immediately after they were informed of the incident.

The Force secured the Patrice Porte from the hands of the Kidnappers in an operation that led to the arrest of one member of the gang.

Following the incident, the Senior Divisional Officer for the Ocean Division, Antoine Bisaga reassure the populations, the many tourists and visitors to this Industrial port city that the situation being under control.

He called for calm and urged them to avoid panic as the Defense Forces are on the move to neutralize all the alleged thugs who want to sow discord in the Seaside City of the Ocean Division.