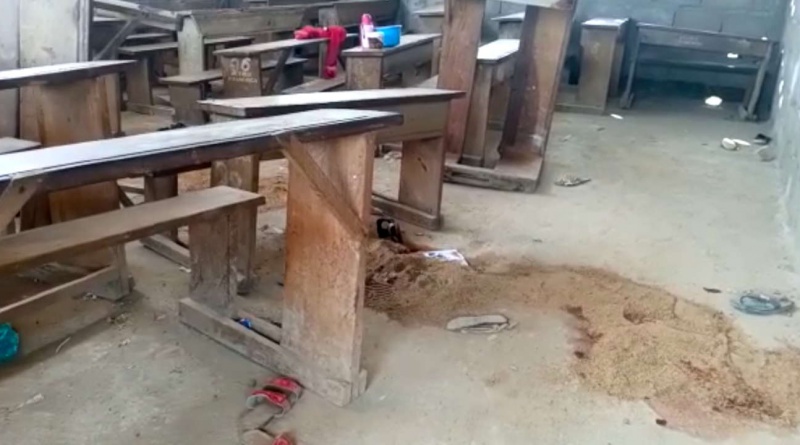 Latest update from Kumba in the Meme division of the South West region indicate that 12 years old Renny Ngwane victims of macabre close range shooting to in class has died.

Medics at the Kumba District Hospital confirmed that the student who was in critical condition didn’t make it. Two other victims who underwent surgical operation last night at the Buea Regional Annex Hospital are in stable condition.

The latest updates brings of the midday attack by armed men on learners in their classroom seven dead and 12 injured.

The Minister of Communication, Rene Emmanuel Sadi in a Press briefing indicated that the first assessment report of the terrorist attack on Mother Francisca International Bilingual Academy reveals as follows:

Followimg the incident, victims were evacuated to hospitals in Kumba, Limbe and Buea.

The Communication boss hinted that “the objective of these separatists is to break the fresh impetus observed in the resumption of classes as part of the start of the 2020/2021 school year in the North-West  and South-West Regions, and to thereby dissuade parents from sending their children to school.

The Government intends on its part, to reaffirm its resolve to carry out all necessary measures to address all the intimidation threats by creating and preserving  the conditions that would allow for the pursuit of the back-to school campaign and the security of the educational community of the concerned regions as a whole.

He also extended the sincere condolences of the Head of State, Paul Biya, as well as the deep sympathy of the entire Nation to the bereaved families.