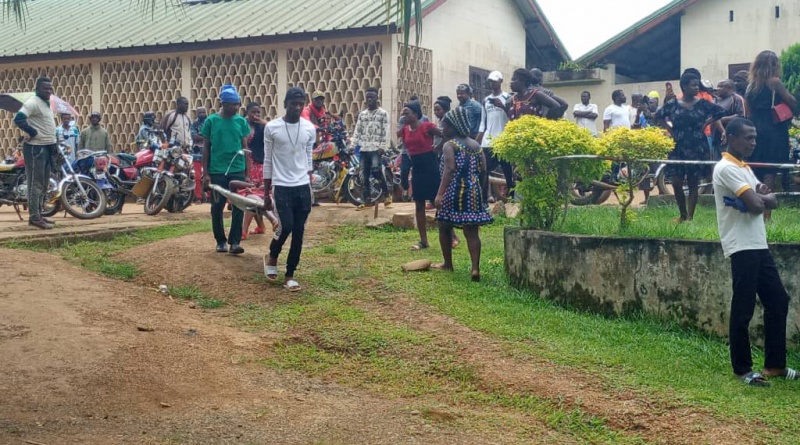 Recent figures reveal that 13 others are seriously wounded.

According to the Senior Divisional Officer for Meme, Chamberlin Ntou’ou Ndong, the unknown gunmen opened fire on a dozen of students in class this October 24, 2020. Many reportedly sustained serious injuries.

“Some fighters went to Fiango and attacked innocent students. Four were killed, and others seriously wounded. Let me seize this opportunity not only to condemn what has happened, but to tell them that we are going to do our best to shut them down. Let them run, we are behind them”. Senior Divisional Officer for Meme, Chamberlin Ntou’ou Ndong

Following the incident, the SDO has frowned at inhabitants of the neighborhood for being complacent, while the fighters killed the innocent students.

“I cannot understand that during the day, separatist fighters are attacking innocent children. The surrounding population witnesses without doing anything. That is why I have given instructions for them to all be arrested”. Senior Divisional Officer for Meme, Chamberlin Ntou’ou Ndong

In order to preempt further attacks in schools, Mr. Chamberlin Ntou’ou Ndong calls on all authorities of schools in Kumba, to inform the forces of Law and Order of their presence in the city.

“All the schools operating in Kumba should declare their activities, because forces of Law and Order have to be aware, if not, it will be difficult for them to secure all these schools. This is the instruction I have given, but it looks like some schools continue to hide. Such schools will be shut down”. Senior Divisional Officer for Meme, Chamberlin Ntou’ou Ndong

This brutal murder of innocent students by unknown gunmen has sparked widespread condemnation in Cameroon and beyond.  Social media pages are flooded with messages calling for an end to the rising spade of violence in the North West and South West regions.

It is not the first time children are victims of the 4-year socio-political crisis. On February 14, 2020, some children were killed in Ngarbuh, a village in the North West Region.