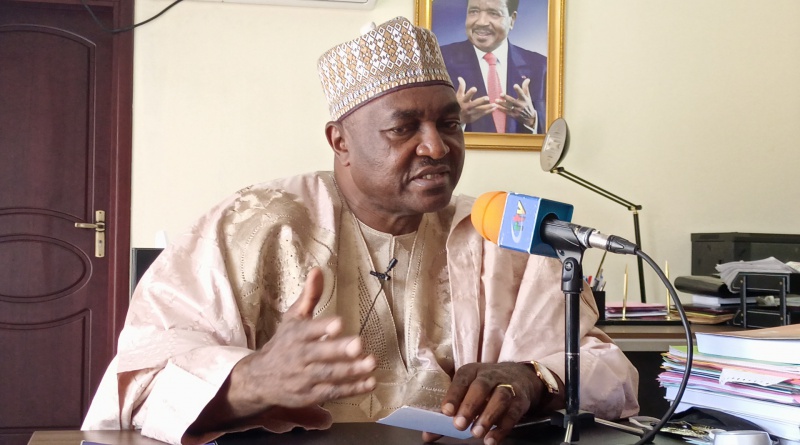 The National Committee for Demobilisation, Disarmament and Reintegration has received a total of about 800 ex-fighters since it’s creation in 2018.

This is the major stride mentioned by the National Coordinator, Fai Yengo Francis, on the occasion of the installation of his Vice, Lt Col Francis Ekosso Lisonge, this November 18, 2020.

In an exclusive interview, the National Coordinator explained that it has been challenging, yet worthwhile working with these ex-fighters.

He notes that at the moment, about 500 are still at the centres in Bamenda, Buea and Mora.

In the meantime, close to 100 have been successfully reintegrated into society and about 200 others who were from other countries have been sent back home to be reintegrated as well.

What Happens at the Committee’s Centres?

Discover the Centre for Disarmament, Demobilization and Reintegration in Buea #OneCameroon2019

Fai Yengo Francis explains that in the centres, the ex-fighters are given professional and vocational training to enable them fit into society as normal citizens.

This training includes agricultural and agro pastoral activities, carpentry, driving and other fields.

The National Coordinator further adds that multipurpose training centres are being opened to enable the ex-fighters get better expertise in their selected domains.

He states that one of the centres is to spin into activity in Bamenda next week, followed by that in Buea and then the third in Mora is scheduled for February 2021.

Fai Yengo Francis used the opportunity to congratulate the ex-fighters for accepting to drop their arms.

He also hailed the communities for supporting the work of the Committee by providing basic needs and counselling during visits to the ex-fighters.

The Coordinator explained that most of the ex-fighters have been instrumental in telling their peers in the bushes to drop their arms and not be afraid that they would be arrested or killed.

About the National Committee for Demobilisation, Disarmament and Reintegration

The National Committee for Demobilisation, Disarmament and Reintegration was created on November 30, 2018 by a Presidential Decree.

It was created as a centre to receive and reintegrate former Boko Haram fighters and separatist fighters in the North West and South West Regions of Cameroon.

The Committee’s headquarters is in Yaounde and has centres in Bamenda – North West Region, Buea – South West Region and Mora – Far North Region.