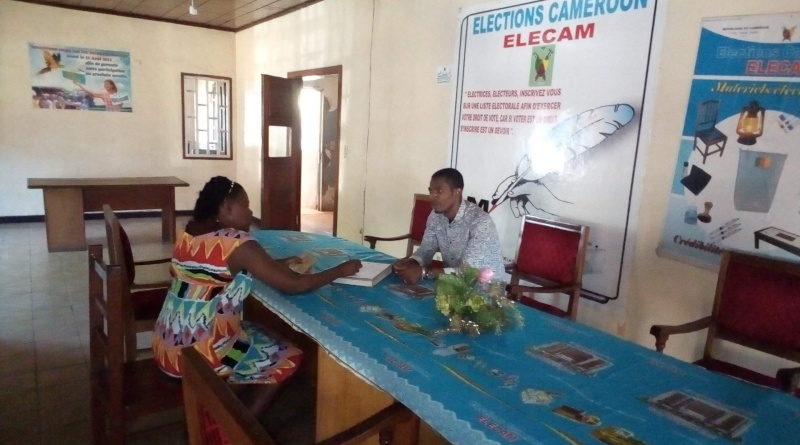 On Monday, November 16, 2020, Municipal Councillors and Traditional Rulers in the Mfoundi Division began making rounds to the Divisional Delegation of Elecam to collect their voter’s cards.

The Head of the ELECAM Branch for the Mfoundi Division, Yannick Basile Fouda Atangana says the cards arrived from the Head Office last Thursday and distribution started this Monday.

Collection of cards on Monday was timid however with just about twenty voters showing up.

The Branch Head explains that as the days go by, more voters will come collect their cards especially as they still have 19 days to the elections.

This Tuesday morning, a few voters have stopped by at the ELECAM Mfoundi Office just like yesterday. There is not much affluence and the Branch Head, Yannick Basile Fouda Atangana says his team is developing a strategy to reach out to voters.

In the meantime, the mornings seem to be the most conducive time to collect cards since most voters stop by on their way to work.

Unlike the usual white cards, the voter’s cards for this election are different. The Municipal Councillors have yellow cards meanwhile the Traditional Rulers have pink ones.

How Ready are the Voters?

A majority of Municipal Councillors and Traditional Rulers in the Mfoundi Division are set for the voting exercise.

This is the case of HRH Atedjoe, a Traditional Ruler and Danielle Essama, a Yaounde VI Municipal Councillor.

In this light, collecting their cards is the physical confirmation of their psychological readiness to exercise their civic duty at the first-ever Regional Elections in Cameroon.