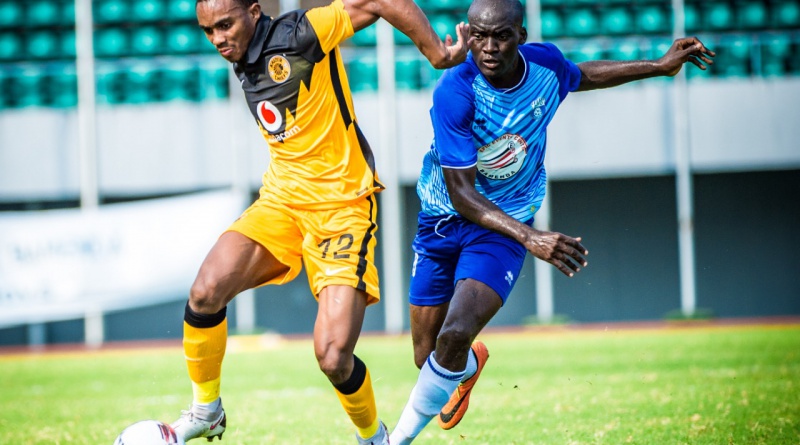 Cameroon’s representative at the 2020/2021 CAF Champions League, PWD of Bamenda has succumbed to pressure from visiting Kaizer Chiefs and bowed to a 1-0 win in an away game of the preliminary rounds of the ongoing championship. The reigning Elite One Champions in Cameroon, Bamenda based PWD received the shocker from the more experienced South African club, Kaizer Chiefs at the 85th minute of play at the Limbe Omnisports Stadium

The twist in the continental game was heralded by Erick Mathoho’s strike during the last ten minutes of the normal play time. Infact, the play was attributed to the inconsistency of the defence line of the Abakwa Boys of Bamenda, a factor that made things very easy for the Kaizer Chief’s goal hunter.

PWD bounced back and pushed the Kaizer Chiefs to a foul play on Mohamed Aboubakar at the spot kick. The excitement from the fans and Cameroonians did not last for a while when Berinyuy Derick missed the penalty, a golden opportunity that could have turned things around for the host, the PWD of Bamenda.

Just to recall that Nchindo John Bosco, Ndeh Colins, Tchaoua Leger and Enyegue François at the strike went close but not too close to produce fire works PWD will travel to South Africa for the return leg of the preliminaries scheduled for Friday, December 4, 2020 at the FNB Stadium in Johannesburg.

Visiting PWD this time around will have to work hard to suppress the Amakhosi’s back in their back yard with at least two goals if not find the exit door.

In case of a win in the aggregate, either Kaizer Chiefs or PWD will throw weights with the 2018 Semi-finalists, Primero de Agosto of Angola in the next round of the championship.

Many football pundits in Cameroon are quite satisfied with the management of PWD but think if the local championships were on, the players could have been more reliable than what everyone saw in Limbe.