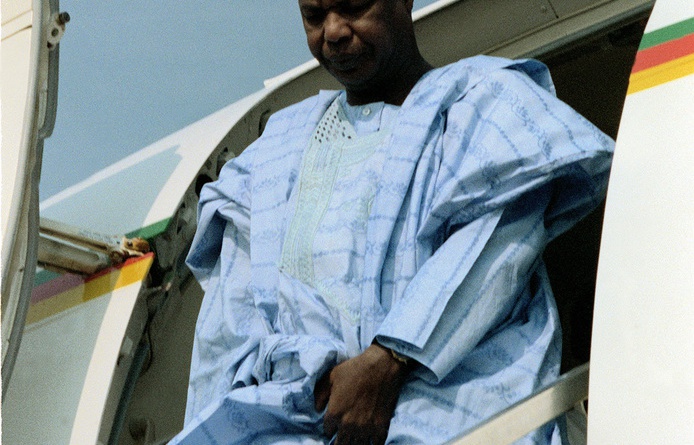 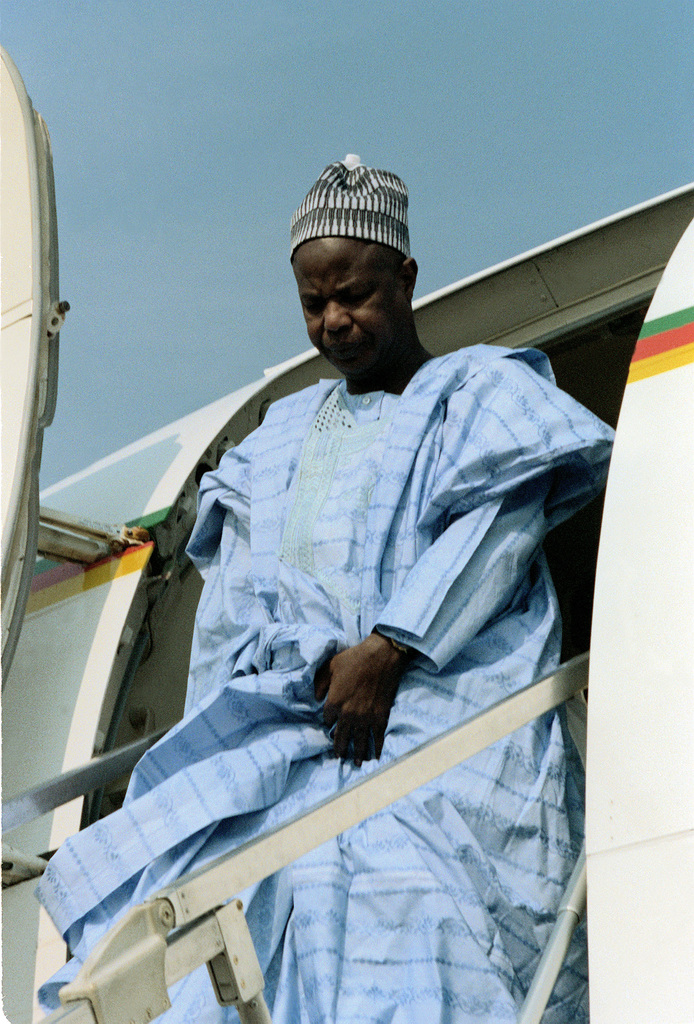 Ahmadou Ahidjo was born in March 1924 in Garoua. He was educated locally and at a secondary school in Yaoundé. In 1941, he was a post office radio operator and later became leader of the Jeunes Musulmans Movement. In 1947, he was elected to the Territorial Assembly. In 1957, he was elected to the Assembly of the French Union and became its Vice President in 1956. In 1957, he was Vice Premier and Minister of Interior under the Andre Marie Mbida government. He founded the Union Camerounaise (UC) political party and in 1958, became Prime Minister of French Cameroun. Ahidjo became the first President of French Cameroon when the territory achieved independence in 1960; and the Federal Republic of Cameroon when French Cameroon and British Southern Cameroons reunified on October 1, 1961. In 1972, under Ahidjo, the Federal Republic of Cameroon became the United Republic of Cameroon. He resigned as President on November 4, 1982 and handed over power to his constitutional successor Paul Biya. Ahidjo was accused of plotting to destabilize the country following the April 6, 1984 abortive coup d’état. He was tried in absentia and sentenced to death later commuted to life jail. He died and was buried at Dakar’s Yoff cemetery in Senegal on November 30, 1989.
Ahmadou Ahidjo was an astute and discrete politician often referred to as “Father of the Nation.” He professed “National Unity” as a crucible for national cohesion, concord and harmony. In the socio-economic domain, he promoted regional balance and the Five-Year Development Plans for the country. In foreign affairs, he was a strong advocate of Non-Alignment.